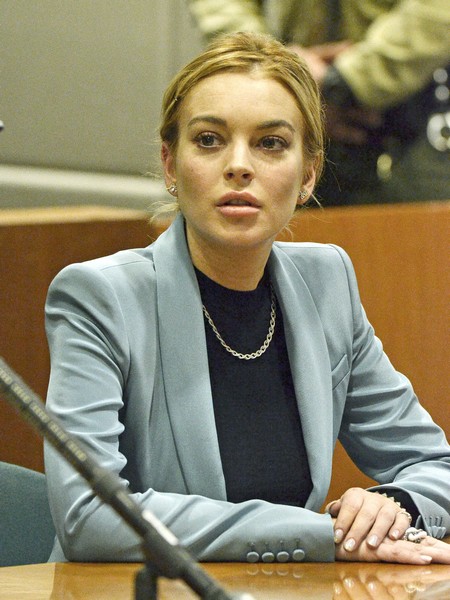 Lindsay Lohan was definitely fighting in the bar scuffle at the Standard Hotel the night a woman, Marisa Dugus, was hurt – and this is according to the man who broke up the fight! A witness has emerged who proves that Lindsay Lohan was not at home when the fight occurred as she and her publicist earlier claimed.  Police are attempting for a fourth time to secure surveillance tapes that will prove this – but the hotel mysteriously keeps refusing to hand them over.

Police are investigating the incident seriously now that they have an eyewitness to the fight in which Lindsay pushed and shoved Marisa.  The surveillance tapes will prove that Lindsay was at the hotel at the time of the scrap.  The timed tapes show the back entrance to the hotel where Lindsay arrived and departed.

TMZ exclusively reports:  The man who worked that night tells TMZ … he saw Lindsay in Smoke and Mirrors sitting with a group of people.  He says Marisa sat down near them and began speaking with one of the guys.  The man says people in the group started throwing ice at her.  Marisa got upset and a scuffle erupted.  He says Lindsay was part of the scuffle and he broke it up.

The guy says the woman was escorted out of the club, where she cried hysterically and then said Lindsay hurt her, but she refused medical attention.

Maria filed a report about the incident with the Los Angeles County Sheriff’s Department claiming she was at Smoke and Mirrors inside The Standard last Thursday night when she approached Lindsay’s table and started talking to a guy, and Lindsay pushed and shoved her.  This report matches up exactly with what the eyewitness who broke up the fight has to say.

Lindsay’s insistence that she was at home the entire evening can be contradicted by the surveillance tapes.  Is that why the hotel is refusing to release them.  Hopefully police will obtain a court order allowing them to view the tapes and then determine the validity of Lindsay’s ‘at home’ alibi.  What do you think?  Do you believe Lindsay or the eyewitness and complainant?  Let us know in the comments below.