Wiz Khalifa Busted For Marijuana At The Holiday Inn! 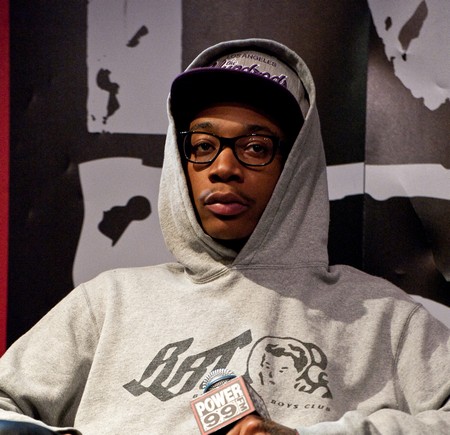 Wiz Khalifa was allegedly smoking up a storm in his room at the Holiday Inn today in Nashville when cops busted in and busted him.  Wiz tried to hide a bag of marijuana from the police when they arrived but of course the stoned rapper failed.

They decided not to arrest Wiz and settled for writing him a citation.  Another party staying at the hotel had called police to complain about the overpowering smell of marijuana coming from the room.   Wiz’s real name is Cameron Jibril Thomaz was an ARMY brat whose parents divorced when he was 3 years old.

“Black and Yellow” rapper Wiz Khalifa tried to hide a bag of weed in his room at a Holiday Inn in Nashville today … this according to law enforcement.

According to the Metro Nashville Police, cops responded to Wiz’s room after someone complained about a strong odor of marijuana.

When officers arrived to the scene, Wiz — real name Cameron Jibril Thomaz — allegedly tossed an item in hopes of hiding it from police. Cops say they retrieved the item — which turned out to be a small bag of ganja.

Wiz — who’s VERY open about his marijuana use — was hit with a citation … and probably smoked more weed after the officers left.

Wiz loves his weed and is open about his addiction.  However he still seems to be productive despite his drug dependency.  Do you think marijuana is a drug?  Let us know in the comments below.  It’s probably better than drinking hand sanitizer – the new rage amongst today’s youth.