Would You Go See ‘Twilight: The Musical’? 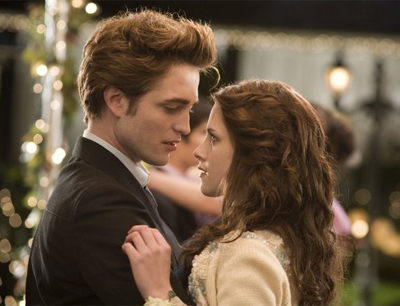 Singing vampires and dancing werewolves? That’s what audiences might have in store on January 16th when a musical based on the popular movie franchise makes it way to Off-Broadway.

Twilight: The Musical examines our “culture of obsession through the story of teenage outsider Bella Swan who risks everything when she embarks on a star-crossed romance with Vampire Edward Cullen,” notes Entertainment Weekly. The show also features a cast of Broadway vets like Meghann Fahy as Bella and Jenna Leigh Green as Rosalie.

As of right now, Twilight: The Musical is only a one-night event, with proceeds going to charity, so don’t book your tickets to New York just yet, Twi-hards.

Although, if producers can convince Robert Pattinson to reprise his role as Edward on stage, we would guess that they’d be looking at an open-ended, sold-out run on Broadway. After all, we know the boy can sing!