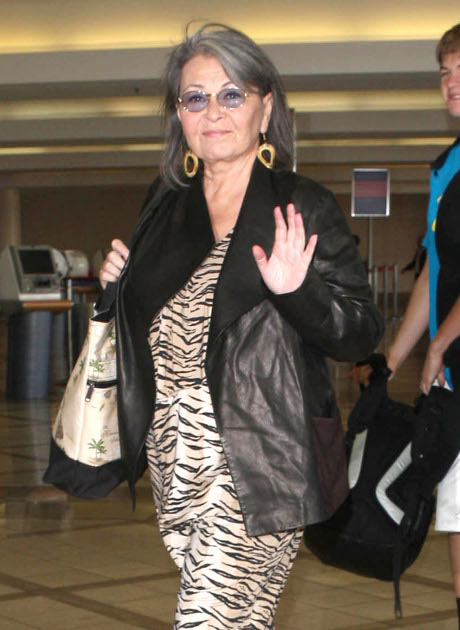 Well known actress and stand up comedienne Roseanne Barr, mainly recognized for her award winning 9 seasons of Roseanne, recently ran for president of the Peace and Freedom party in 2012. Her presidential run in 2012 shocked many and was made out to be a publicity ploy by some media outlets to garner attention for herself. However, that couldn’t be farther from the truth.

Her platform was grounded in topics concerning economics, personal health (with a special care to meditation), and climate change. Her efforts were a sincere effort to incite change. Barr finished her campaign with nearly 50,000 votes nationwide, placing sixth overall with considerably less than one-tenth of 1% of the popular vote. I voted for her and will again when she runs in 2016.

In 2011, she wrote the book Roseannearchy: Dispatches from the Nut Farm. I have read it cover to cover more than once. I highly recommend this book. It tells her personal story — about her younger years and growing up around her family. She also writes about her views on Hollywood, relationships , politics, and her core beliefs, which definitely shape her as a person as well as the funny — sometimes cynical — lady she’s become well-regarded and loved for. It is a very evocative book; I take away something new every time I read from it.

Recently, she finished a stand comedy show in Las Vegas, which did phenomenal considering she hadn’t done any stand-up performances in nearly five years.

Currently, she and her boyfriend are back on their 46-acre macadamia nut farm located on the Big Island of Hawaii. While there she has studied Kabbalah at the Kabbalah Centre and frequently comments on the discipline. She does meditation and owns a museum there as well. And she currently is up to using the social media outlet Twitter @TheRealRoseanne in ways most other celebs/others don’t. She uses it to reach out to her followers and the world — not merely to promote a film like many tend to do.

Roseanne uses Twitter as a platform to reach out to the world and bring awareness to important causes and solutions on bettering the economy, people’s political viewpoints, the environment, the world, and so much more. She Shares her meditations, health tips, and spiritual ideas. She also shares about farming macadamia nuts, as well as bees. She talks about ways of bettering everyday life and our interactions with the world and with each other.

I recently asked Barr the following question: “If you could share with the world three things you’re most passionate about, what would you say?” She provided thoughtful responses:

1) An end to slavery, war and usury- a solution for all problems
2) Women are now 54% of US population, representation should reflect that.
3) Meditation cures PTSD

And also I quote her: “LEGALIZING GANJA SAVES OUR ECONOMY & PLANET.” That would happen with proper representation. I followed up with the question, “If we legalize Ganja for all, should regulating it be privatized?” She replied: “If government is applied correctly, graft will not be decisive.” She is a Twitter Goddess with a lot to say and trust me she doesn’t hold back, even if people come back at her in negative ways.

Many who listen and get in on the conversation and respond or ask questions of her will get some form of response. Barr is a lot more than just the awesome TV mom we all grew up knowing and loving. She is truly inspirational, passionate, wise, opinionated, and motivational with her thoughtful care and usage of social media platforms. She also runs a thoughtful website/blog, which I highly recommend checking out: roseanneworld.com and The Goddess Gazette.