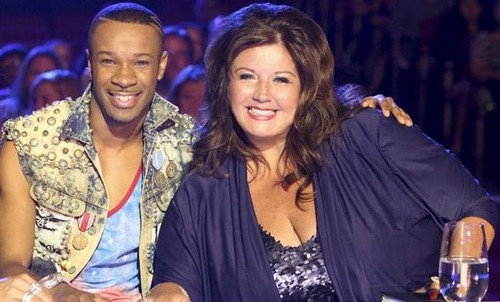 Tonight on Lifetime Abby’s Ultimate Dance Competition returns for its second season premiere.  This season the show will have new contestants and moms, unexpected twists, fierce challenges and more of the dance instructor everyone loves to hate, Abby Lee Miller.

With 11 of the country’s most promising young dancers selected from more than 1,000 national title holders, this season will reach a fever pitch while a new cluster of mothers brings an entirely new meaning to the term “stage mom” as their children put everything on the line for a $100,000 cash prize and a scholarship to the Young Dancers Program at the Joffrey Ballet School in New York.

Throughout the 12-episode season, each dancer will learn new routines and compete in a number of challenges designed to test their skills while performing before judges Miller, Broadway star Rachelle Rak, celebrity choreographer Richard “Richy” Jackson and a live audience.  Along the way, each competitor’s mother will play an integral part in the competition as they make critical make-or-break decisions on training, costumes, music and choreography for their child while building their list of “frenemies” among the group of intensely competitive parents.

Tonight’s episode is going to be a drama packed one, which you won’t want to miss. So be sure to tune in for live coverage of Lifetime’s Abby’s Ultimate Dance Competition Season 2 premiere— tonight at 9PM EST.

In the start of season 2 we see a whole new batch of dancers and dance moms. $100,000 dollars is put on the line and each woman can’t help but want that much cash for their daughters college fund. To say the kids feel pressure would be an understatement.

For once in her life Abby is greeted with genuine warmth from others. That is until she tells them about how the competition works. The dancers are pushed through a fast past choreography and almost immediately replicate it perfectly. Jojo the smallest of the girls was told by her mom to go to the front. It would makes sense for such little person to make sure she was seen but one of the other moms can’t help laughing when little Jojo was the first to get knocked out.

In their first challenge Trinity and Kalani were the top two and despite Kalani’s mother snide remarks about Trinity’s dance moves she does win. The next part of the competition the dancers will be split into teams of three. Trinity got to pick her own team and instead picking who came in second and third she chose other girls. That mistake may cost her. Abby said she ultimately will take responsibility for her team’s performance.

The moms have to make their kids’ costumes. When Jojo’s mom was in there she ran into another fierce mother. The one that did an inner cheer when Jojo was knocked out in the beginning. Ally’s mother tells the other woman how she’s everything she hates in these competitions. A stage mom. However if she was looking for support, she won’t find any. The other mom agree with Jojo’s mom. Given the chance they would make sure their kids were in the front as well. That’s how this works.

The first set of three had suffered a major set-back. Gianna fell. Yes, there other problems but the person who fell tends to be the one that gets the most flak. Gianna holds her tears until she’s off the stage.

The next group is Trinity, Ally, and Chloe. The dance was overall great. The major criticism was against Trinity. She picked a team and then got lost in the background. Abby told her that was dumb.

Jojo and Travis’s dance routine is a cute duet. In practice Jojo out-danced Travis and onstage she did it again. Jojo was only told less is more but that remark yet that one remark had the other mother especially Ally’s mom clapping. They seriously clapped when a little girl got a set down.

Haley, Tyler, and Sarina are next. Their dance is a dedication to the Great Michael Jackson so the judges are expecting a lot. What they got was the simplest mistakes all grouped together. At least Hayley’s confidence picked up from rehearsal although she’ll most likely lose that now with her team in the running to be last.

It’s done to the judges to deliberate. The person they do decide to send home was called the biggest mistake on the stage. The bottom four is Trinity, Gianna, Hayley, and Sarina. Trinity was safe after her initial performance earlier. Gianna is safe because she was a part of a good trio. Sarina is sent home. Her mom tried to make excuses for her but she was the only person onstage to have forgotten her choreography.

The upcoming season shows the most atrocious behavior and not from the kids. It looks like the mothers are going to kill each other long before winner gets his or her crown.