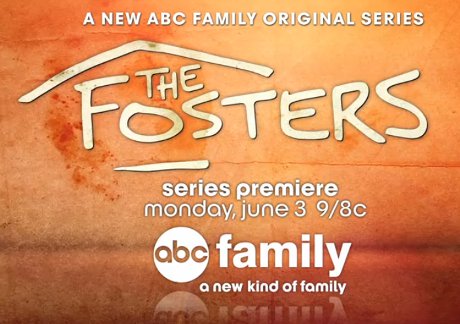 ABC Family has become known for having an energetic roster of shows that work to highlight the world’s diversity, and this summer the network will be adding an enticing new drama to its mix highlighting the life and times of Stef and Lena Foster, a couple raising their large family. From what we can gather, the show will tell the stories of Stef and Lena’s children — their biological son and three adopted children — as well as Stef and Lena’s journey as a couple.

The show is being produced by Jennifer Lopez’s production company, Nuyorican Productions, and will premiere June 3rd on ABC Family. Though the description (see below) is layered with stereotypes, the show seems interesting enough, and I’m sure it will garner a substantial following among ABC Family fans. This show couldn’t come at a better time, as it appears to be the perfect summertime drama for all those people who like a little intensity and melodrama to color their quiet summer eves.

We look forward to checking out this show, especially to see how it compares to the rest of ABC Family’s series, some of which lack a certain *ahem* depth and complexity. For more about the show, read the summary released by ABC Family and don’t forget to check out the brief clip below!

The Fosters tells the story of Stef and Lena Foster, a mixed race couple who are raising a biological son, along with several adopted children. When Lena decides to take in Callie, a troubled teen with an abusive past, Callie’s disruptive ways threaten to turn the Fosters lives upside down.

Polo will portray Stef Foster, a tough but kind police officer who is not eager to add to their already large brood, but soon realizes her family may be Callie’s best hope for a better life. Saum will portray Lena Foster, an altruistic school principal, who is determined to save as many kids as she can and agrees to take in Callie without Stef’s knowledge.