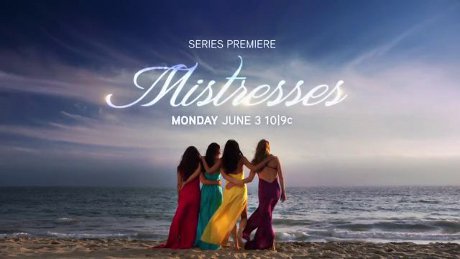 One of ABC’s latest shows, ‘Mistresses’, has just gotten its first full-length trailer, and my biggest question is: have they run out of ideas? Look, I get it – sex sells. A show about mistresses and their sex lives is probably going to do really well, but where is the diversity? Where are the fresh and innovative ideas?

ABC has always prided itself on being the first in the game. They were first with Dancing with the Stars, and they were first with The Bachelor. Their ratings, especially for reality shows, continue to sky-rocket as the network gains more and more viewers. Keeping that in mind, don’t they have a responsibility to their audience to try and come up with shows that continue to push the boundaries and make for exciting television?

Sure, people will say that we should give this show a chance before ragging on it. That’s fair, and I agree. That being said, it’s a show about freaking mistresses. I give them props for bringing in some diversity to the cast [made up of Alyssa Milano, Jes Macallan, Yunjim Kim, and Rochelle Aytes], but this kind of idea is better suited to reality television.

The trailer does a solid job of setting up the story, but the problem is that the story seems to revolve around little more than hooking up and sex. What’s the problem with that? Well, nothing if that’s what you’re looking for in TV shows. But competition on TV is starting to get fiercer, especially as so many quality dramas are starting to move to cable instead of network television. Will this show be able to survive the way Desperate Houswives managed to? Or will it fizzle and die like countless television series before it? The fact that they’re using Selena Gomez’s ‘Come And Get It’ song as the backdrop to the trailer certainly seems like a ploy to bring in younger audiences, but will it work? Let us know what you think in the comments.