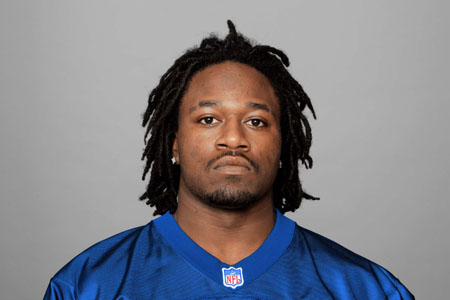 NFL star Adam ‘Pacman’ Jones has been caught on tape bashing in a women’s face after she supposedly poured a drink on him.

The footage has gone viral and it’s from a nightclub in Ohio, and it shows that the woman ‘started’ the whole incident by reaching over and pouring a drink on Adam’s head. It’s not very clear whether it was accidental or purposeful, but it certainly looks like it was done on purpose. Of course, the what happened next is as clear as it gets, where Adam reacts very badly, to say the least. You can see him responding to the poured drink by punching this woman in her face.

Jones was accused of assault by this woman, and he did turn himself in to the police earlier today. He wrote on Twitter after the arrest, “Just got arrested for protecting myself …  I will not let this break me or change what I have work so hard for … .”

Ok buddy, protecting yourself would mean shouting for your security guard or walking away, not punching a woman in the face for pouring a drink on you. It’s not like she pulled a gun or a knife, or even made a threatening remark – at least, that we know of. Plenty of people get drinks poured on them in clubs and bars, and while it’s definitely clear that the woman made the first move in this scenario, that still doesn’t excuse punching her in the face.

Do you guys think he’s in the right by saying that he was just protecting himself? Or should he get no leniency? Let us know what you think in the comments.