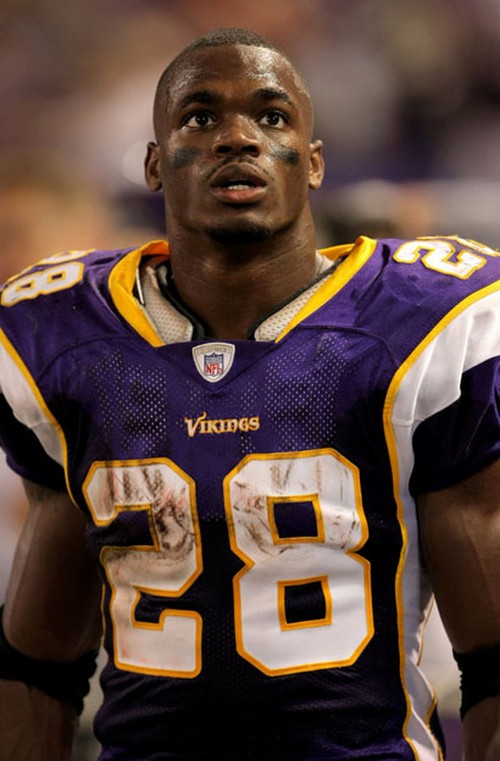 It’s a sad day and forgive me but a helluva week to report the death of a child.  Due to his extensive injuries, Minnesota Vikings star running back Adrian Peterson‘s 2-year-old son has died from an alleged beating he received at the hands of his mother’s boyfriend. No word yet on whether 27-year-old Joseph Patterson charges having been elevated to Murder. He’s currently in jail stemming from related charges of aggravated assault and aggravated assault on an infant.

Although at first it appeared to be good news when the Child was listed only as being in intensive care, we now find out that he been “- on life support since 5:30 PM Thursday … but his condition never improved … so family members made the decision to take the child off the ventilator.” It’s being reported that his organs will be donated to other children in need.

Adrian Peterson happens to have another two-year-old son named Adrian Jr.  There was initial confusion on whether the boy was his son with his wife.   Not many outside of Adrian’s inner circle knew of his second son existence. However it was Adrian’s father that confirmed reports the child was his grandson.

According to TMZ, Adrian is helping out the child’s mother in planning a funeral. During this time I would like to say our hearts go out to the family and hopefully justice will be served.