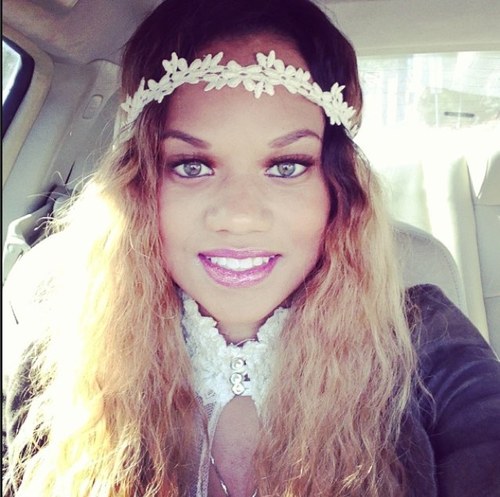 There’s been a lot of buzz going around for this new docu-series on Bravo. Don’t worry it’s not another Housewives spin-off. It’s called “The New Atlanta.” Targeted to a much younger group than for the ladies who lunch here’s the young adults that party hard on the weekend and then return to an entry level job on Monday.  That’s right we’ll be seeing the upcoming trendsetters living in their 20s. God, don’t we both love and hate this age.

The reality show also introduces to whole batch of new up and comers. One of whom we fortunate to talk. For a quick Q and A we got to speak to Alexandra Dilworth. The woman already making waves by not hiding her marital ambitions. But before to drop ourselves into that arena I ask Alex, as she liked to be called, to tell us more about “The New Atlanta”. She helped by explaining the difference between her show and The Real Housewives of Atlanta.

We all know it would be painful to get on Nene Leakes’ bad side. Her show is about the young, hot, and single newbies trying to break their way into the business and make their name. Where better than to attempt the corporate ladder than Atlanta. With pride in her voice Alex had no problem saying Atlanta is a hot city right now.

Alex herself has started a clothing line marketed to her generation. The official line according to Bravo is that she’s the founder of the Ravewear line but luckily I heard that the clothes aren’t one dimensional. After admitting my fears over whether I would be able to find business casual I was reassured to hear her line is a little bit of everything. Generation Epic, one of the divisions will be much better suited for Saturday night but her more upscale and exclusive line will be more in tune for business casual.  Please keep the categories separate as I would hate for someone to think I OK rave wear for a important meeting!

Starting a clothing line isn’t exactly easy. Alex didn’t just put her name to a finished product. She had to figure what and to whom she will be marketing before any sketch or stitch got an approval. This requires a lot of work and lot time for a girl that’s already received backlash for wanting to be a trophy wife/housewife. Instead of insulting her maybe people should have found out what her definition of those occupations really are.

First she said no and until finally a maybe before we could get confirmation on the trickiest question around. Are you a feminist?

She doesn’t believe Trophy wife or housewife are just women that stay home all day. She believes that they’re women that will and have proven to put the family first at the end of the day. It may be considered old fashion but my inner feminist is all about women choosing their own path in love and life. Respect it people. Because yes she  is a feminist. When did wanting to be known as a wife and mother become a bad thing? At least she’s honest.

Yet rumor has it that a certain female cast mate isn’t quite as appreciative of her stance. Too bad. They ‘re all trying to make their way onto the Atlanta scene. You would have thought they would respect each other enough to help each other break into a world getting tougher by the day. Who can succeed or who will fail? I’ll guess no one will know till September 17  @10:00 PM on Bravo