BY Annemarie LeBlanc on May 13, 2013 | Comments: 3 comments
Related : Dancing With the stars, Dancing With The Stars Season 16, Performance Videos, Reality TV, Television 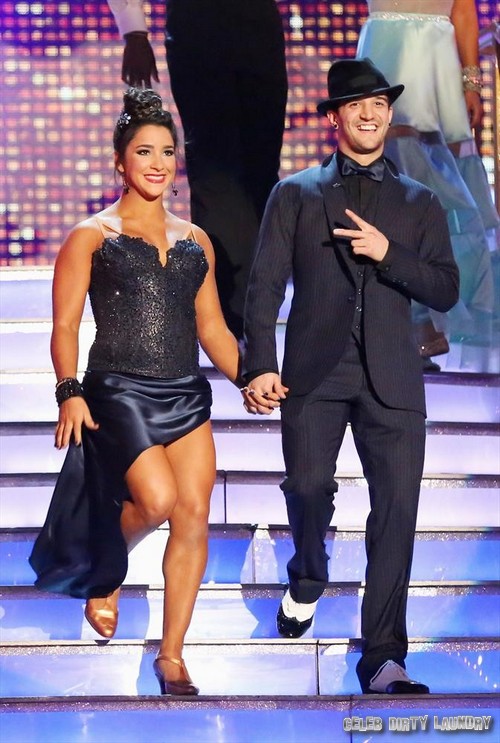 ALY RAISMAN danced a AFRO JAZZ on the semifinals episode of DANCING WITH THE STARS: 2013 performance show tonight. On this week’s show the six remaining couples performed two routines, inching their way one step closer to the coveted mirror ball trophy.   If you missed the show, we recapped tonight’s show for you and if you want to see how all the couples did go HERE!

Judges comments: Carrie Ann: “booyah!  That was ridiculous, I don’t think people know how hard that was.  It was fantastic!”  Len: “In perfect sync.  You captured the feeling of the dance.  I would have like more connection between of you. These are just my opinions, does not mean it is right”  Bruno: “Queen of the Jungle.  You have exceeded all expectations.  You have shown an incredible range in all dances.”