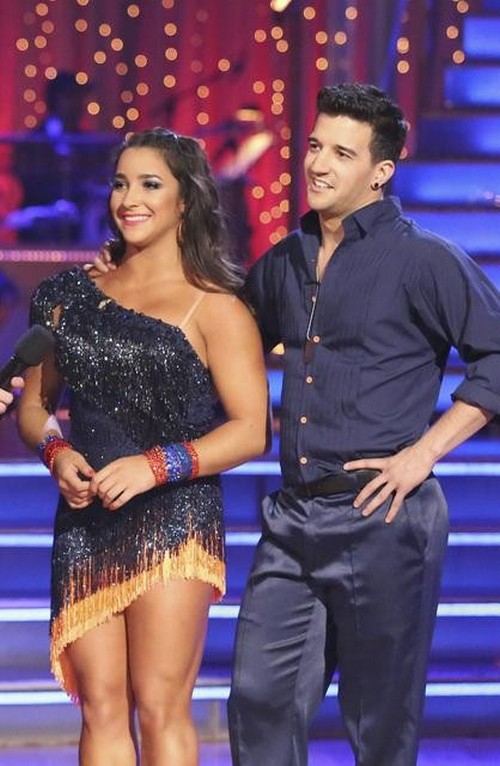 ALY RAISMAN danced a FOXTROT to Stevie Wonder’s “Isn’t She Lovely,” on the sixth episode of Dancing with the Stars: 2013 performance show tonight.  The remaining couples hit the dance floor in another DWTS first.  Tonight’s show devoted, for the first time, an entire evening to one artist, legendary singer Stevie Wonder.  He performed some of his classic songs,  including “Sir Duke” and “My Cherie Amour,” and the celebrities will dance to his greatest hits, including “I Just Called to Say I Love You,” “For Once in My Life” and “Signed, Sealed, Delivered (I’m Yours).”   If you missed the show, we recapped tonight’s show for you and if you want to see how all the couples did go HERE!

Judges comments: Len: “The technique could have  a bit more improvement. I loved the feather steps.  It was a really foxy foxtrot.  The performance level was high.”  Bruno: “Pretty as a picture and I think your technique is very good.  The only thing that lets you down is your frame. ”  Carrie Ann: “I think what is so nice you are really connected to your emotions.  You are an understated performer but you are headed to perfection.”