Amanda Bynes Crushing On Liam Hemsworth – They Hooked Up While Liam Was Dating Miley Cyrus! 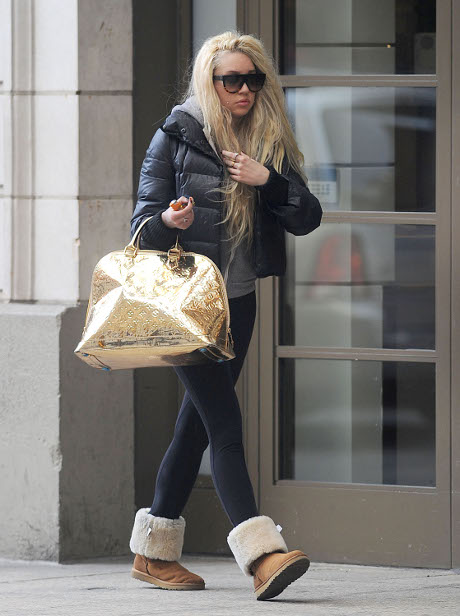 When Amanda Bynes first tweeted that she thought Liam Hemsworth was ‘the most gorgeous man on the Earth’, we didn’t take it seriously. This is the same girl who tweeted that she wanted Drake to ‘murder’ her vagina, after all. However, several websites have managed to uncover pictures of Amanda and Liam cuddling and possibly hooking up in the spring of 2011, when Liam was rumored to be dating Miley Cyrus.

So clearly, the whole Liam/January Jones rumors were not the first time that he’s potentially cheated on Miley. Now, keep in mind, these pictures are from a while ago and they were ‘supposedly’ taken at Hollywood hotspot Trousdale. One of the pictures shows Liam taking a picture of a scantily clad Amanda, whereas another shows them cuddling, with his hand practically on her ass. An eyewitness even said, “Liam and Amanda were making out on a couch, left together and ‘hooked up’ at the nearby hotel.”

Miley and Liam started dating after they met on the set of ‘The Last Song’ in 2009, and they got engaged last year. Of course, everyone’s been following what’s been going on with them lately, but is it possible that whatever their problems are, they got started a long, long time ago? If Liam was hooking up with Amanda in 2011, that means that their relationship has been in trouble for several years, not just since Liam’s hooked up with January Jones during awards season.

There’s also the fact that Liam recently got a Twitter account, and both he and Miley are ‘following’ each other. So what does this mean? Are they together? Are they broken up? Do they even know what the status of their relationship is? For what it’s worth, I think they’re pretty much in limbo. It’s pretty clear that Miley’s still in some sort of denial, especially because she tweeted an image of herself in a wedding dress, whereas Liam’s trying to figure out how to go forward. Maybe these pictures will finally convince Miley to let go for good.