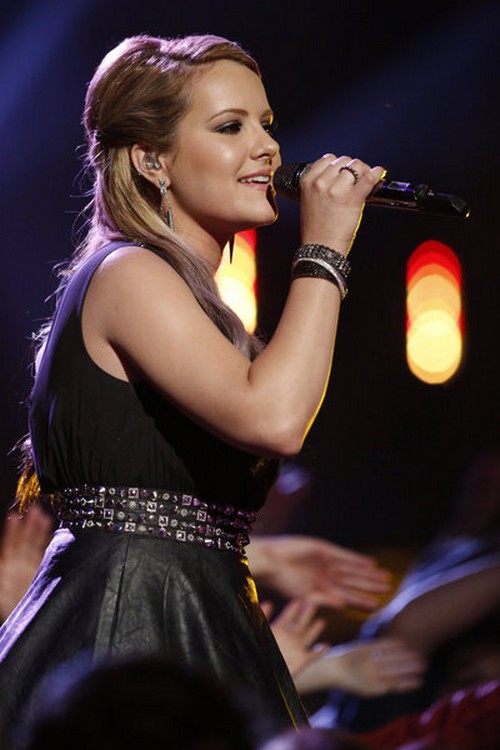 Amber Carrington took the stage tonight on THE VOICE for her Semifinal performance.  Amber sang “Firework” by Katy Perry. On tonight’s show the final 5 performed two songs live in front of coaches Shakira, Adam Levine, Usher and Blake Shelton for America’s vote and a chance to move on to the finals. To see the video of her second song, “Sad,” CLICK HERE …

Judges Comments: Blake said, “At the beginning of it I was not sure because it was not a country song.  But by the end the power of your voice was phenominal.  You are just so good.”  Shakira said, “Adam is going to have to add this site to the list of nightmare songs, but you did great.”   Adam said, “When I reached out to Katie about this song she asked if I was nuts.  You sang it well, it is difficult to sing.  The cool thing is you can sing anything. “

Amber dedicated her song to her friends in Texas, she sang “Firework.”  To vote for Amber Carrington: 1-855-VOICE-05