Amber Portwood ‘Teen Mom’ Released from Prison: Prepares for Life of Drug Tests, Parole Meetings, and will Fight to Get her Daughter Back! (VIDEO) 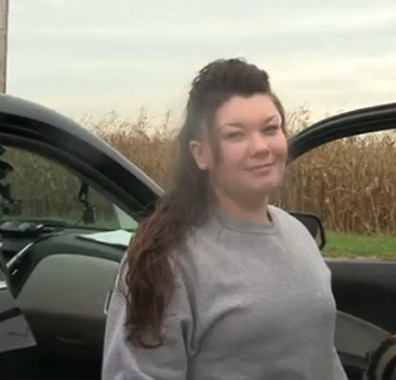 Amber Portwood of Teen Mom fame was recently released from prison after serving 17 months (of a 5 year sentence). As you see in the video below, Amber was dressed in a comfy grey sweatsuit and was all smiles as she was greeted by family, as well as a slew of photographers and cameras. So what are her post-prison plans? She says that she plans on attending college and feels as if she absolutely has the strength to stay clean.

When the interviewer (in a fabulous British accent btw) asks how prison was to her, Amber reveals that it was rough but that it was ultimately fine in the end. Turns out Amber helped out a lot of the inmates by teaching them anger management — and she also received some anger management training herself. Make sure to check out the video below!

You might remember that Amber basically chose to enter prison for that long, as she thought it was the only way for her to truly get clean. Her brother says the the experience, overall, was a positive one for her and he thinks that her sister has definitely changed for the better. There’s still a lot of work ahead, including her fight to gain custody of her daughter, but she’s on the right path.