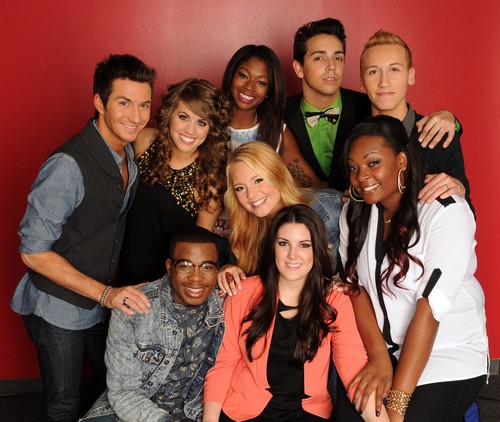 Tonight on FOX is an all new episode of AMERICAN IDOL.  On tonight’s show the top 9 finalists compete for America’s vote on a Lennon/McCartney themed performance show.  Did you see last episode where on finalist was eliminated?  We did and we recapped it here for you!

On last week’s show the Top 10 finalists performed “Music of the AMERICAN IDOLs,” which included songs performed by any past IDOL winner.  At the end of the result show last week  Curtis Finch Jr. was eliminated.

On tonight’s show the Top Nine finalists will take to the IDOL stage once again to perform songs of John Lennon and Paul McCartney for America’s votes! In addition, the fans’ choice for the 11th person to join the “American Idol LIVE!” tour will be revealed.

The following night on the results show we will find out which Top Nine finalist is sent home. Ne-Yo and Season 11 runner-up Jessica Sanchez will perform “Give Me Everything (Tonight).”