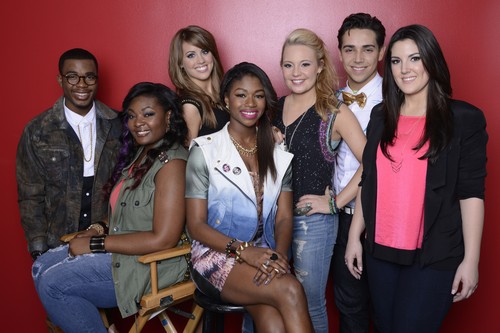 Tonight on FOX is an all new episode of AMERICAN IDOL. On tonight’s show the top 7 finalists compete for America’s vote ona  Classic Rock, No Ballads-themed performance show.    Did you see last episode where one finalist was eliminated?  We did and we recapped it here for you!

On last week’s show the Top 8 performed songs of Detroit: The Music of Motor City and Smokey Robinson was the guest mentor.  At the results show at risk for elimination was Devin Velez and Lazaro Arbos.  Lazaro was safe! Devin performed “It’s Impossible” for the judges’ only save of the season.  Randy has announced that the judges would not be using their save on Devin and he was sent home!