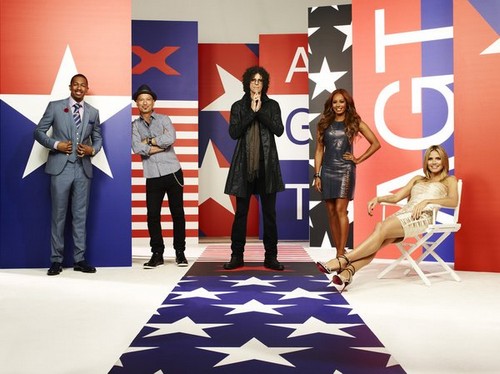 AMERICA’S GOT TALENT was back last week for it’s second episode in it’s all new season 8 and so far, ratings are very impressive. In the premiere episode, AGT beat out The Voice but last week, ratings fell a bit. Tonight AGT airs before The Voice’s season finale, so there will be no competition there. There were some really outstanding acts last week. Did you see the episode? If you missed any of it, you can read our full and detailed recap HERE.

The most shocking act last week was not a guy levitating himself like the week before, this week it was a guy who sang opera like a woman. 31-year old gospel singer Travis Pratt blew the audience and the judges away when he sang like he was the next Jackie Evancho, seriously! Travis told the judges that his girlfriend was the one to encourage him to audition, so they called her up on stage and to her surprise, Travis proposed; she said yes and so did the judges. Check out the video below for yourself and hit the comments, what do you think of Travis Pratt?

Tonight America’s Got Talent returns with some more amazing talent, this time from Chicago, Illinois and it’s the third episode; this one airs only for one hour. Judges, Howard Stern, Howie Mandel, Heidi Klum and Spice Girl, Mel B will be there. My mind hasn’t changes since last week, I still think Mel B. is boring on the show, hopefully she brings more to the panel this week. Are you missing Sharon Osbourne like I am? Well, no matter what, we can always depend on host Nick Cannon to bring it on.The contestants this year are again from all over America and are vying for the one million dollar prize and a chance to headline a show on the Las Vegas strip.

We will be live blogging America’s Got Talent Season 8 Episode 3 at 8PM EST . . . so make sure to come back to this spot and watch the two hour show with us. Make sure to refresh often so you get the most current info! While you wait for the episode you can catch a sneak peek of tonight’s episode BELOW!