Was Andy Cohen Fired at Bravo? 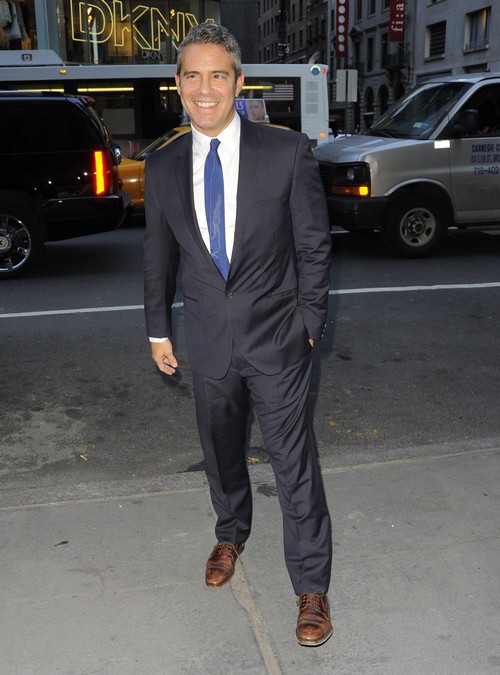 Andy Cohen’s career is moving in a different direction. The face of Bravo is moving away from the board room to focus on projects with his production company, Most Talkative. Andy will still executive produce The Housewives shows. He will also host his late night talk show Watch What Happens Live for an additional two years.

Fans have speculated that Andy was fired from his position as Executive Vice President of Development and Talent. Gossip Cop is reporting this is not true, and this is a decision Andy made on his own. I am agreeing with Gossip Cop. Bravo would not reward someone they were firing with an extension of his show and keep him as the face of the network. On camera people are what bring in viewers and ratings. This is the reason actors and reality stars do contract negotiations to continue working on their shows. Think about this… Kathy Wakilie was demoted to part time cast member of Real Housewives of New Jersey. If she was that much of a fan favorite she would be getting more screen time, not less.

Andy told The New York Times it was inevitable he would start distancing himself from the board room. Watch What Happens Live started as a weekly show and is now airing Sun through Thursday. Andy’s talk show is a bigger deal than people think. He is the very first openly gay person to have a late night talk show. Watch What Happens Live is the only late night program that is not pre-recorded. It is also the only late night show that airs on Sunday night. It is a smart move for Bravo to extend the show. Andy has booked a lot of A-list guests such as Lady GaGa, Cher and Oprah Winfrey.

Andy will still have a similar role at Bravo in his new position. He will continue to develop television shows. The difference is Andy will own the shows he produces for Bravo. He will also continue to executive produce all of the Houeswives shows. Andy’s profile is rising outside of television as well. He interviewed Lady GaGa for the December issue of Glamour Magazine.