BY Annemarie LeBlanc on April 15, 2013 | Comments: one comment
Related : Dancing With the stars, Dancing With The Stars Season 16, Performance Videos, Reality TV, Television 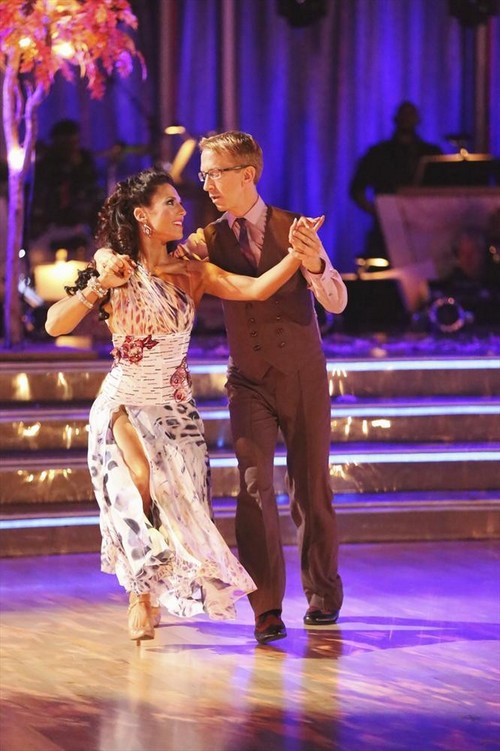 ANDY DICK danced a PASO DOBLE, on the fifth episode of Dancing with the Stars: 2013 performance show tonight.  The remaining couples hit the dance floor and face an exciting new challenge.  In another first for “Dancing with the Stars,” a new twist called “Len’s Side By Side Challenge” tasks each couple to perform a portion of their individual dance alongside a pro dance couple. If you missed the show, we recapped tonight’s show for you and if you want to see how all the couples did go HERE!

Judges comments: Carrie Ann: “This week I am crying for a different reason.  That entrance that was the best one I have ever seen.  The cape work was good,  the intensity was there but something was off.”  Len:  “It was like a couple of Hollywood Blockbusters.  It was more Pasadena than paso doble.  It was great fun and I enjoyed it.”  Bruno: “It was indescribable to be honest, it was the attack of the killer cape.  The only thing missing was Cloris Leachman.”