Is Andy Kaufman Alive and In Hiding: Faked His Own Death? 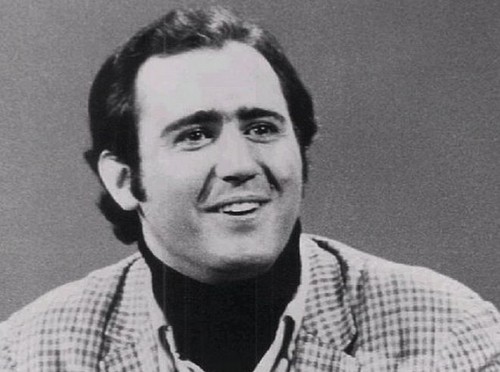 The Annual Andy Kaufman Awards were held at the Gotham Club on Monday night and this time around the yearly event carried with it a loaded surprise for everyone in attendance. Andy Kaufman’s brother, Michael Kaufman, introduced a woman that spoke to the audience. Before bringing her to the stage he explained how years earlier he was given an essay supposedly written by Andy, where he explained in great detail how he would go about faking his own death. The startling details in that writing had caused Michael to suddenly question the rumors about whether or not his brother was actually alive.

Michael explained that this 24-year old woman had made contact with him a few months ago claiming to be Andy’s daughter. The Kaufman’s father passed away last summer and it supposedly prompted Andy to want to reach out to his brother. The woman uses the surname McCoy and insists that Andy is alive and happily married to her mother. He faked his supposed death from lung cancer in 1984 in order to escape his own larger than life persona. He didn’t want to be Andy Kaufman anymore and wanted an anonymous life again.

Apparently this woman’s claims carried enough weight for Michael to endorse what she’s saying. As for the possibility of Andy faking his own death, there are a few things that make it seem a bit more plausible. His viewing was a closed casket affair so no one really saw his body. Also internet data bases don’t list a date of death for Andy. Instead if you look you’ll find that at one point in the last several years he was listed as residing at an address in Westchester County, NY.

Do you think that Andy faked his own death or is this just another elaborate hoax connected to a man that was known for his hoaxes? Tell us your thoughts in the comments below!