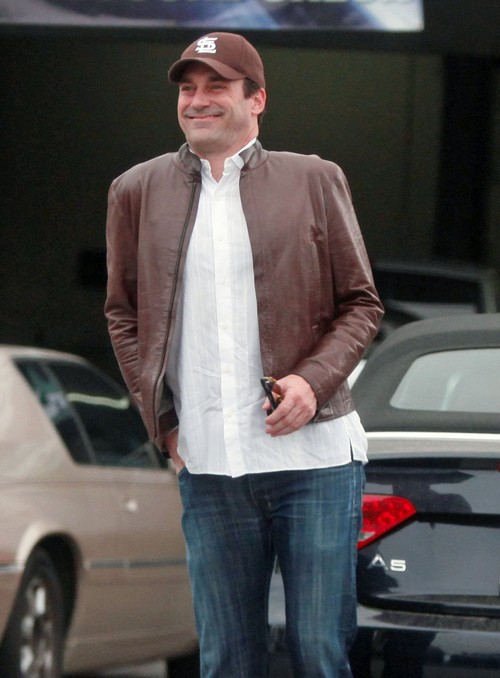 Wow. Angelina Jolie may say that she doesn’t have anger issues but she’s certainly one to hold a grudge! Back in 2009 her good pal Bryan Batt was fired from the cast of Mad Men and at the time Angie put in a call to series star Jon Hamm. For whatever reason, Angie believed that Jon had the power to save Bryan’s job if he wanted to. The actor insisted he had little say and Bryan’s job was gone for good. Angie claimed at the time not to hold a grudge, but recently she was given the opportunity to stand in the way of Jon getting a role that he wanted and she was more than happy to take it.

According to the Dec. 2nd print edition of National Enquirer, Brad Pitt’s Plan B Entertainment produced 12 Years A Slave, a film that already has enough advance buzz to make it sound very Oscar worthy. Jon desperately wanted to be cast in a role but when Angie caught wind of it she called Steve McQueen who directed the film and made sure that Jon didn’t stand a chance. Then to add insult to injury and drive home the point, Angie made sure that Bryan will be featured in 12 Years A Slave as a southern judge.

That’s just a little vindictive, don’t you think? If Angie is willing to go to such lengths for friends can you even imagine what she would do for a family member? One thing is for sure, Angie’s not someone that you want to deny or cross in business! Do you think that Jon realized she played a part in his not being cast? Tell us your thoughts in the comments below!