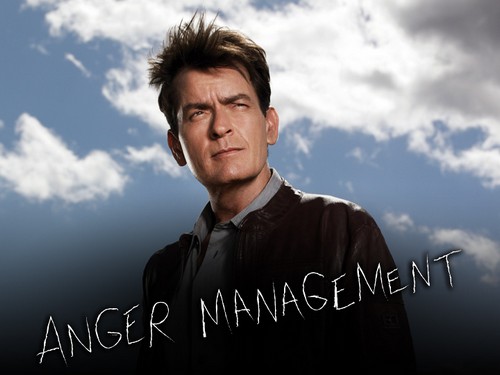 Tonight on FX  ANGER MANAGEMENT continues with a whole new episode called, “Charlie & The Secret Gigolo.” We are already into the second season of Anger Management and this season has not disappointed us as there have been many more laughs; Charlie Sheen is in top form and the writing and comedy have improved over last season.

The show is modeled after the original Anger Management movie that starred Adam Sandler and Jack Nicholson. In the movie, Sandler’s character is sentenced to Anger Management therapy and his therapist is none other than Nicholson; who is there to provide therapy to a diverse group with different issues. In the TV version of Anger Management Charlie plays the therapist and in the series debut they earned over 5.7 million viewers.

Did you watch the last episode, “Charlie & Kate Start A Sex Study”? It was basically about recently broken up, Charlie and Kate trying to control their sexual urges when they were worked together on their sex study and Lacey started a new job as a pharmaceutical rep.

There have been a lot of Hollywood stars making the rounds with a guest appearance on the show; Denise Richards (Charlie’s famous ex), Lindsay Lohan (famed trainwreck), Cee Lo Green, Kerri Kenney-Silver, Martin Sheen (Charlie’s dad) Brian Austin Green and just recently announced to be appearing in a future episode, LeeAnn Rimes (she can act?).

We will be live blogging Anger Management “Charlie & The Secret Gigolo” tonight at 9:30pm EST on Fox… so make sure to come right back to this spot and watch the show with us. Make sure to refresh often to you get the most current info! While you wait for the episode hit the comments below and let us know what you think of season 2.