Anna Kournikova And Enrique Iglesias Break Up For Good – Report 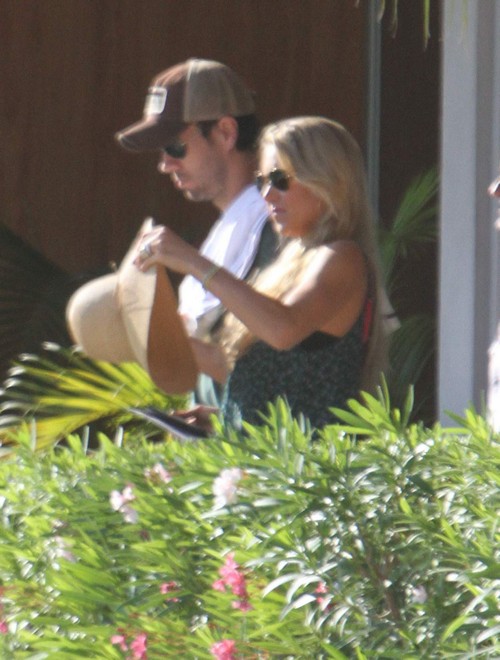 Anna Kournikova and Enrique Iglesias have broken up after twelve years together, if the latest report from OK! Magazine can be believed. The couple has weirdly been one of the most stable couples in Hollywood for the past decade, even though everyone predicted that they wouldn’t last. It turns out that everyone may have been right for once, since Anna and Enrique might actually be breaking up.

So much for the engagement and marriage rumors, huh? There were already rumblings of trouble in paradise towards the beginning of this month when a source close to the couple stated that Anna was getting antsy waiting for Enrique to propose. The source explained, “Anna is getting tired of waiting for him to decide if he wants to marry her or not. They’ve been together for so long, she feels like it’s never going to happen. She is ready to move on. This issue has come up before, and they have managed to smooth things over and get back together. Time will tell.”

Anna is absolutely right – twelve years is an insanely long time to stay together and not get married. It’s one thing if both Enrique and Anna had agreed beforehand that they wouldn’t be getting married, but from all these sources and reports, it looks like Anna definitely was interested in marriage. Unfortunately, Enrique didn’t seem to feel the same way, but isn’t it always better to break up sooner rather than later? If they had stayed together for a few more years, they might have felt stuck together and it might have led to a lot more misery and resentment.

What do you guys think about Anna and Enrique breaking up? What will happen to Anna’s relevancy now, considering her career as a tennis pro has pretty much hit rock bottom?

Anna and Enrique together in Mexico last November