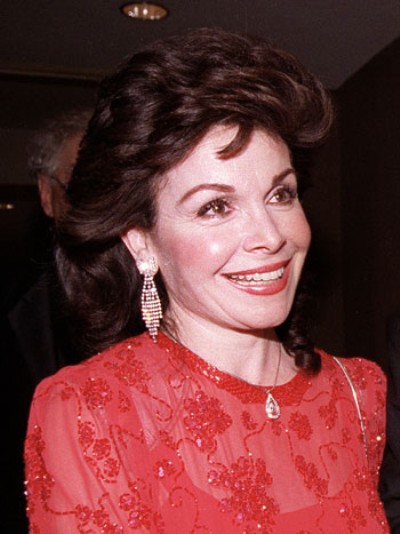 America’s most-beloved Mouseketeer and original member of the Mickey Mouse Club, Annette Funicello, is dead at the age of 70. Annette has been ill for some time battling complications from multiple sclerosis.

Annette was one of Disney’s original teen stars when she joined the Mickey Mouse Club at 12 years of age. She managed to build her huge career outside of the child star realm in the ’60s when she starred alongside Frankie Avalon in the teenage hits, “Beach Blanket Bingo” and “Beach Party”. She is survived by her husband, Glen Holt, and three children. She announced she had MS in 1992 and has kept a relatively low profile since then.

My mom LOVED Annette Funicello. I couldn’t get her to shut up about her when I was little. I’ll have to call her today to see how she’s holding up. I’ve definitely sat through the Frankie Avalon movies and they’re hilarious. I remember being so upset when I realized Frankie and Annette weren’t boyfriend/girlfriend in real life. They were the original Britney Spears/Justin Timberlake to me.

TMZ describes her as bigger than Justin and Britney combined and a lot of that had to do with her boobs apparently. She wore a lot of bikinis and, now that I think of it, she was well endowed. I just remember her being super cute and wholesome. Crazy to think she was one of the first to come out of the Disney star-making machine. I wonder what she thought of all the new ones like Miley Cyrus and Selena Gomez.

Do any of you out there remember mouseketeer, Annette Funicello? Any favorite memories you want to share? I know she’s a little before our time but you can still catch the Beach Blanket movies on Turner Classics. Check ’em out. There are supposed to be super wholesome but some of the jokes are borderline raunchy. It’s quite fun!