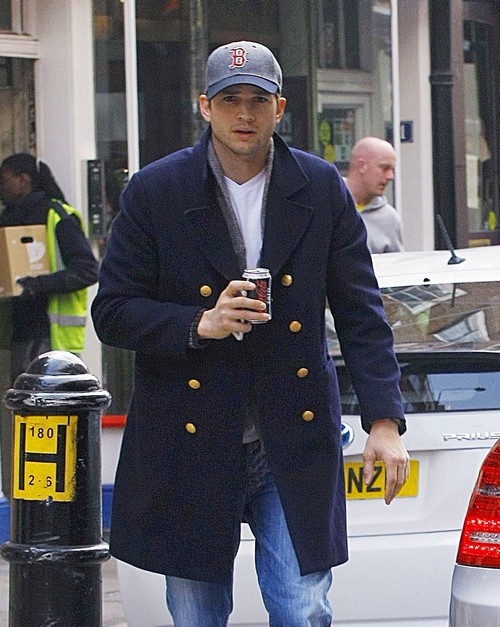 Remember when Ashton Kutcher was happily(ish) married to Demi Moore and that used to spend their days tweeting back and forth to each other? They were a minted celeb couple that secured a dump truck load of Twitter followers because they did something different with the social network- they made it personal. How many celeb couples do we really get to see interact on a daily basis? They were a novelty and Ashton enjoyed that just as much as his followers did.

Fast forward a few years and Ashton seems to resent what Twitter has become. He was recently on hand for CTIA 2013 and discussed what he believes was the downfall of networks like Twitter.

“It used to be a personalized experience that I could share. I think media [bleeped] it up. There’s a lot of people selling [another word for stuff] that I don’t want in my feed. Maybe I need to curate my feed better. When I first started using it it felt like the democratization of media.”

Ashton doesn’t appreciate the retweet feature because he thinks that it clogs up the feed with unnecessary junk. He also believes that his fellow celebs, like Kim Kardashian and her crew have ruined it completely. What a lot of people don’t realize is that many Hollywood mainstays earn up to a third of their income by promoting products in their Twitter feeds!

It’s no longer a personal look at their lives’ but instead it’s yet another business tool to make money off of the fans. Ashton has a pretty valid point there. If he was truly looking for a simple connection with his fans, well then big business did manage to make it a little bit more complicated. I highly doubt that many celebs will stop promoting products on Twitter either. Do you agree with Ashton that the social networking site has cashed in and in doing so it has lost what made it unique in the first place? Tell us your thoughts in the comments below!