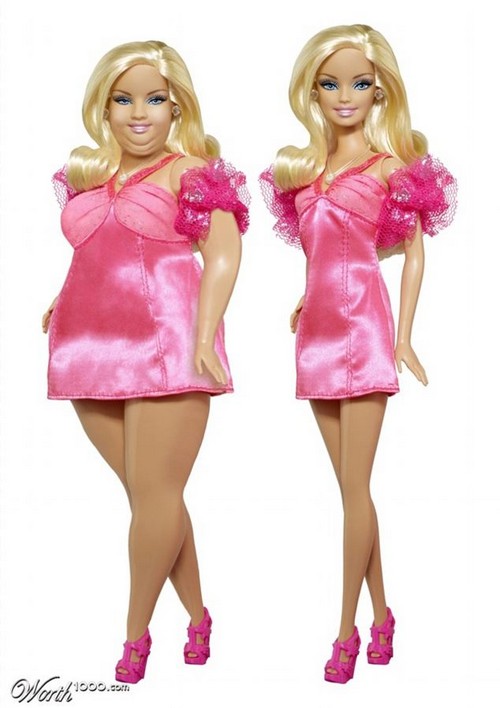 Mattel’s mockup of a potential plus sized Barbie doll has been making the rounds and causing tons of backlash, no pun intended. According to Femail, the image was shared on the Plus Size Modeling group’s page Facebook page, the very page that recently evoked the wrath of Maria Kang, fit mom and village idiot. Maria Kang loves to cast aspersions on the lives of those she views as having an unhealthy weight though she’s not the only one, she’ll likely have a loud and uninformed opinion about this as well. The backlash against the plus sized doll has been swift. Since asking the question on their Facebook page, “Should toy companies start making plus-sized dolls? In all honesty we want to know…” was posed the post has received a fair amount of likes and shares but the actual comments seem to mirror what the masses really think; that the mock up is more of a mockery of the female body.

The mock up seems to take the female form from one extreme to the next, with a traditional Barbie representing an unrealistically thin female form to the plus sized Barbie mirroring the very real issue of obesity. Perhaps the most shameful part of the mock up is the addition of the triple chin. One poster wrote ‘I think the double chin is just ridiculous!’ Indeed the introduction of the triple chin makes the mock up more of a parody or a caricature than a real representation of what a healthy female should look like and its causing more harm than help.

So what do you guys think? There is a thin line between body shaming and advocating for a healthy form, this is proven by the Maria Kangs of the world almost constantly. It is unclear why the concept of a happy medium is so cumbersome a concept for people to grasp. Having three chins is just as unhealthy as using your emaciated midriff as a fashion accessory.

How Barbie compares to a ‘normal average’ woman 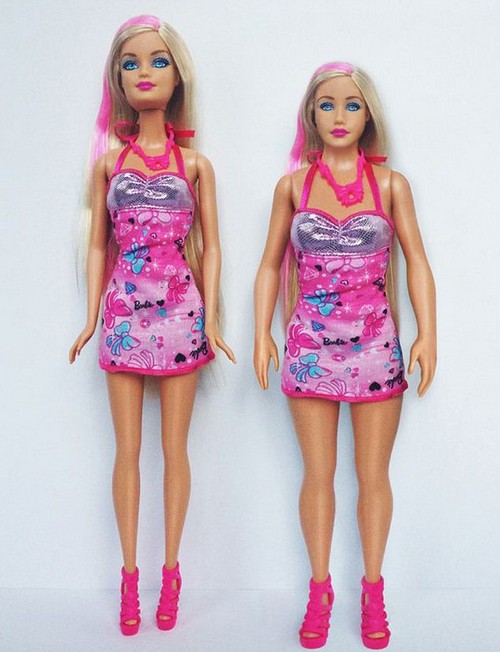