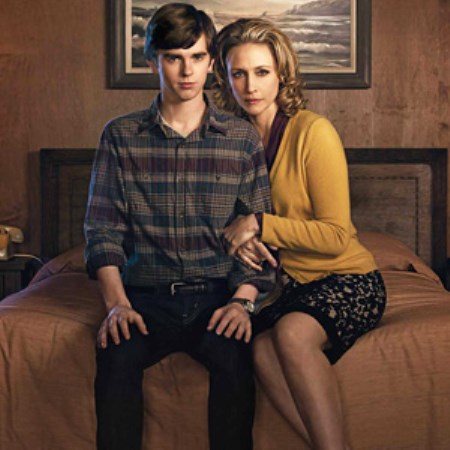 Tonight Norman Bates in Bates Motel airs again on A&E. This is the ninth episode of the series that was inspired by Alfred Hitchcock’s Psycho that focuses on the life of Norman Bates (Freddie Highmore) and his mother Norma (Vera Farmiga).

Some highlights from last week’s episode “A Boy And His Dog” are when Emma’s father, Will, teaches Norman taxidermy after Norman brings him his dead dog who got run over by a car. Norman is upset with Emma because she told Bradley’s friends that Norman had sex with Bradley.

After an incident at school with a teacher, Norma agrees to take Norman to a psychologist only to have the doctor tell Norma that she may have control issues with Norman. Jake reveals to Norma that he knows the whole truth about Shelby and Summers, later Norma throws his money back at him and kicks him out of the motel. The show ends with Norma seeing Shelby’s autopsied corpse on her bed.

Tonight’s ninth episode is called “Underwater” and Norma wants to head out of White Pine Bay because she is fed up with everything that has happened since they have moved there but Norman will not go.

Meanwhile, Norman is going to lose his only friend, temporarily, as Emma is planning to go on a trip. Bradley and Dylan were both checking each other out in the last episode and tonight the two will connect.

Jake will continue to haunt Norma, can’t get any worse than having a corpse in your bed? You can check out a sneak peek of tonight’s episode HERE.