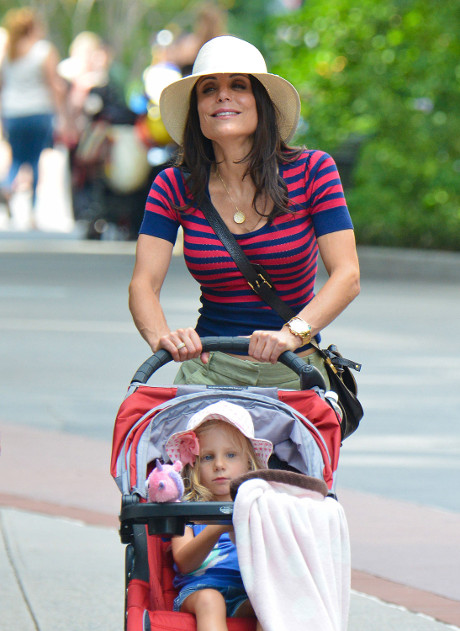 Bethenny Frankel and Jason Hoppy are gearing up for a royal rumble. The ‘Bethenny Ever After’ star fell in love with the salesmen, and they married while she was pregnant. Hollywood couples rarely last, so Frankel announced her divorce way back in December. Obviously, Jason placed his bets on the Cambridge Family having a princess, because he’s lashing out at the daytime talk show tycoon. First Jason proved himself a scorned lover by refusing to stop wearing his wedding ring just to irritate and annoy Bethanny.

In the new issue of In Touch, on newsstands now, an insider who claims to have seen recent court documents detailing Jason’s angry accusations tells all — exposing some of the most shocking claims to date made against Bethenny.

According to the insider, Jason accuses Bethenny of storming into his room while he was sleeping on March 15. “She threw water on him to wake him and yelled that she ‘has more money than God,’” says the insider who’s read court papers, “while Bryn was sleeping in the next room.” He also says she’s called him “white trash” in front of Bryn.

Jason claims that Bethenny is too focused on her career and unable to give her full attention to their daughter, Bryn. “His court papers say that when Bethenny’s team was watching her, Bryn locked herself in a bathroom on set. Firemen had to break down the door — Bryn wound up crying hysterically in a corner,” the insider tells In Touch.

He also alleges that Bethenny attempted to put Bryn on a vegan diet without consulting him, even though a nutritionist later said that it wasn’t healthy for a toddler. “According to Jason, Bethenny has ‘issues’ with food and refused to allow Bryn to eat animal products,” the insider reveals to In Touch.

An additional source even told Radar.

“It absolutely enrages Jason that Bethenny is trying to cut him out of their little girl’s life. Jason also said that Bryn wasn’t going to want anything to do with her mother when she gets older. Bethenny just flew off the handle when Jason said that because Bryn is her entire world. What is truly sad is that both parents love Bryn so much, and she will be the one ultimately harmed by her parents actions.”

Rumors of Bethenny having her toddler on a diet are absurd. The talk show skinny girl and Jason Hoppy will publicize their dirty divorce details for Bryn to judge once she’s older. Expect a Donald Trump smack down over the $5 million New York condo, the multi-million dollar Skinnygirl cocktail brand, and custody of their precious daughter, Bryn.

For Pete’s sake, Jason Hoppy! Bethanny needs a new insecure servant who will respect her money and bow down to her commands. Don’t you realize who she is? Kevin Federline eventually found love again, but the new social hiker is no Britney Spears by far.