Beyoncé is Solange Knowles’ MOTHER Not Her Sister – Report 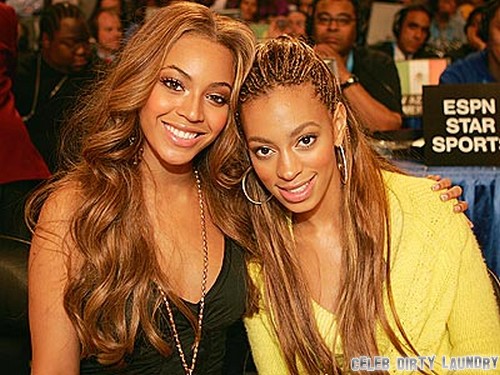 There are some crazy rumors popping up that Beyonce Knowles is actually a mother to Solange and NOT her sister! WTF, right?!?

Could you even imagine that? Firstly, let’s look at the facts, shall we? According to Wikipedia, Beyonce was born on September 4, 1981. Wikipedia also reports that Solange was born on June 24, 1986. So, for Bey to technically be Solange’s mother, she would’ve had to have had her when she was a mere five-years-old. Interesting.

But there are naysayers to even the published facts, as well. In fact, there are some folks out there who are claiming that Bey wasn’t actually born in 1981, but 1974 instead. So, that would mean that she is actually 37 and not 31-years-old. So, if that’s the case, then Bey would’ve had to have had Solange when she was 14-years-old, which isn’t exactly impossible.

Here’s one person who claims Beyoncé’s cousin told her the truth: 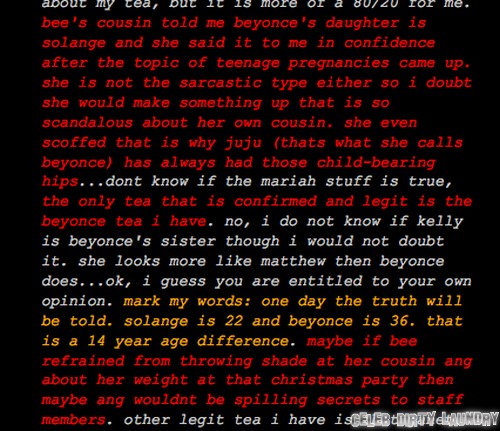 What do you think of the report that Beyonce is actually Solange’s mother instead of her sister? While it’s not out of the realm of possibility, we would think that it might be a little crazy. Still — it could happen. Perhaps Matthew and Tina Knowles covered it up because they knew their famous daughter was destined to be a superstar? Thoughts? Did Bey have a lot of work done so that she looks ten years younger than she actually is?!? 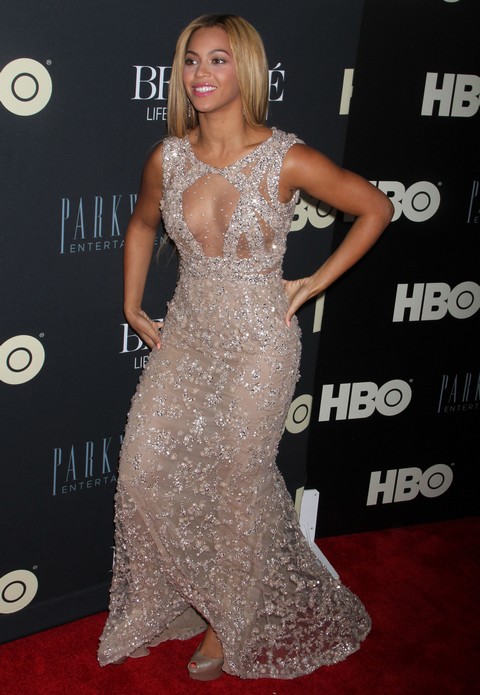