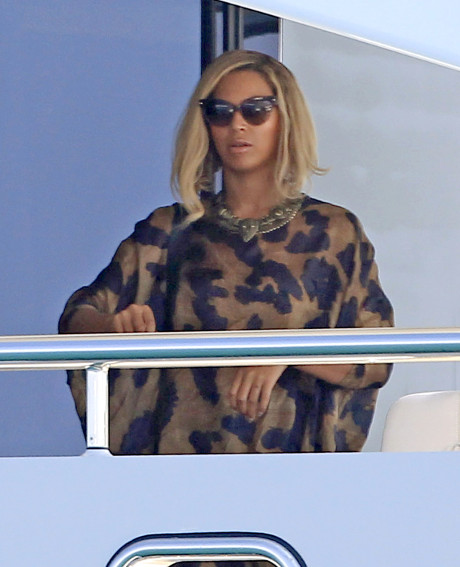 There have been countless rumors going around claiming that Beyonce and Jay-Z‘s relationship was on the rocks before she gave birth to her lovely baby, Blue Ivy, and some even say that their romance is still on the decline. In wake of her groundbreaking new album’s release, it seems as if Beyonce herself has confirmed the rumors. Even though she hasn’t released any statement on the matter, the lyrics in her song “Mine” address her issues with Jay-Z, as well as allude to the possibilities that she experienced some postpartum depression after giving birth to Blue.

A source told Sandra Rose of Beyonce and Jay-Z’s problem: “He’s cheating on her with other women, but she doesn’t care about that. She wants him to spend more time at home with them. That’s the most important thing to her right now.”

The message shining through Queen B’s lyrics are clear as day: “I’ve been watching for the signs/Took a trip to clear my mind/Now I’m even more lost/And you’re still so fine, oh my oh my/Been having conversations about breakups and separations/I’m not feeling like myself since the baby.”

What do you make of Beyonce’s lyrics? Is she directly commenting on certain aspects of her life or is this lyric just a mere coincidence? I think we can say with a great amount of certainty that Beyonce chose to write about her personal experience; she’s always treated her music as a way for her to reveal herself to the world and, with this album more than ever, comment on the hard truths of life.

So we have to ask: How much longer before Jay-Z and Beyonce kick one another to the curb in frustration?