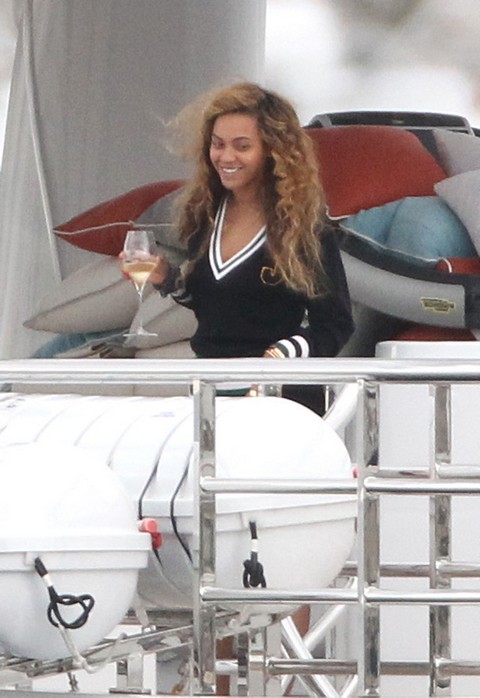 Michelle Williams is one of many celebrities who has come to Beyonce‘s defense after the singer decided to lip-sync her performance at the presidential inauguration due to the “cold weather”. The 31-year old has received so much backlash these past few days, mainly because Kelly Clarkson managed to sing My Country ‘Tis of Thee just fine without any help from a backing track.

Destiny’s Child member and friend Michelle doesn’t understand what all the fuss is about, adding that as a professional performer herself, she knows how much pressure there is on that certain somebody to absolutely nail every single note to a roaring crowd of Americans. Performing at an event like this can be pressurizing as you’re representing your country and the president, but does that give Beyonce the excuse to lip-sync on stage? Because of “nerves and the cold temperature”? We would have suggested a fur-jacket… that might have helped. Ha.

Michelle backed up Bey when she told ET Online: “I will say this, it’s not the first or the last time that someone has had to lip synch… my greatest singer of all time, Whitney Houston, it came to light that her anthem was in fact lip-synched.” She continued: “It’s their personal preference. With big crowds and echoes, you know when it’s a big historical moment, you don’t want any room for any mistakes so I can understand why it was done.”

Meanwhile, it is being buzzed that Knowles plans to LIP-SYNC her Super Bowl performance, too! OMFG! Yes! ABC News dished that previous performers who hit the stage for the once-in-a-lifetime show, usually lip-sync because not only is it very hard to follow a difficult dance routine, the crew only have FOUR MINUTES to set up the entire stage once the network goes into ad commercials. This leaves little to no time for the sound engineers to correct Bey’s microphone, and instead usually have the singers lip-sync through their performance.

Madonna, Nicki Minaj and M.I.A all mimed to last year’s show, Whitney Houston did it too back in 1991 and so did Jennifer Hudson in 2009. Well, let’s look on the bright side.. at least Lance Armstrong can catch a break from all the bad publicity he has been getting and just hand it over to Beyonce!