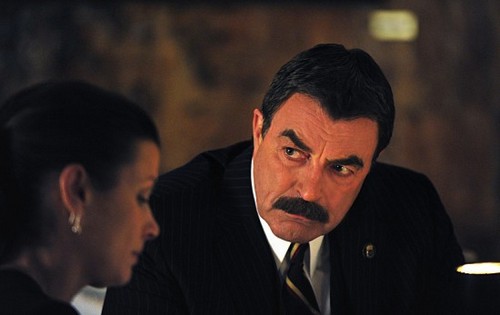 Tonight on CBS Blue Bloods continues with a new episode called, “Lost and Found.” On tonight’s episode rank pays a visit to a priest, a counselor to the NYPD, who was arrested on a DUI charge.

On last week’s episode Danny and Baez investigate the death of a teenage girl who appears to have been pushed in front of a subway car by a homeless man. Meanwhile, Frank is annoyed at having to meet with the newly appointed Inspector General who will now have oversight of NYPD policy.

On tonight’s show When Danny and Baez suspect a little girl might be the victim of a kidnapping, the girl’s mother denies it, but her story doesn’t add up. Meanwhile, Frank pays a visit to a priest, a counselor to the NYPD, who was arrested on a DUI charge.

Blue Bloods “Lost and Found” airs tonight at 10:00pm ET and we will be live blogging all the details. So don’t forget to come back and refresh your screen often for live updates. While you wait for the show – check out the sneak peek video of tonight’s episode below and let us know what you think of the season 4, so far!


RECAP: Erin is at lunch with Nicky and she asks if she can stay alone next time she goes away. Frank and Garret head into his office and find out that the chaplin was stopped on the West side highway and almost hit a woman, he’s sleeping it off at the back of Mc. Derry’s.

Erin and Nicky are still at lunch, Nicky was smiling at a little girl and before she left she wrote “help me” on the place mat, the waitress brings it to their attention.

Danny is at the restaurant, Nicky tells him about the little girl and the note she wrote. Danny tells her not to overreact, the girl could have been just playing a prank.

They look at a surveillance video and you can only see the top of the guys head who was with the girl and then you see him forcing her to go with him. Danny asks to rewind the tape again, he sees that the girl is wearing karate pants; he is going to check out the karate school.

At the station, one of the detectives finds that the girls’ karate outfit came from Gotham academy.

Jamie is on a case in a jewelry store.

Danny heads to the karate studio, he shows the instructor a picture and he says he knows her, she’s a sweet girl, her name is Lonny.

The chaplin is in the confession box with someone and gives him advice about not cheating on his wife. Frank goes into the box yet, tells the chaplin that he has had a good week. Then he tells chaplin Gerry to head down to the station and turn himself in.

Danny heads to a travel bureau to see Mrs. Holden, Lonny’s mother. Danny explains that her daughter was asking for help in a diner, Mrs. Holden tells Danny that that is her daughter and she loves to play jokes, it was probably a misunderstanding.

Danny  and Baez see Mrs. Holden’s husband outside and tells him to get his wife and meet him at the diner in fifteen minutes.

Lonny’s mother and father head to the diner, they admit that their daughter was kidnapped, the guy who did it said if they go to the cops there will be trouble. In return for Lonny, they want travel to Croatia.

Back at the jewelry school Jamie is trying to calm things down. Jamie claims that he is criminal defense attorney and explains that a lot of laws have not been broken, he can leave now; the clerk says that she will refund his money, but she just has not got enough in the till. The guy says his girlfriends name is Melissa.

Frank and Garrett are in the office, Garrett tells him that he investigated the chaplin; his drinking has started excelling five months ago when a friend killed himself. Garrett says that the chaplin should have been able to deal with it, Frank explains that they had a close relationship. Frank gets a phone call, it’s the chaplin and he wants to come and see him.

At the jewelry store, the guy tells everyone about his relationship with Melissa and how she fell in love with another guy. He also tells them that he was going to Nigeria for his honey moon to help people there and now he has to head there alone. Jamie tells him that he will be his hostage, but he wants everyone else let go, that’s the deal. The guy presses the buzzer to alert the cops and turns around, everyone runs out and Jamie pulls his gun on him – then handcuffs him.

Jamie is at the station, he tells Erin about the hostage situation explains that the guy has never had a speeding ticket and wants to make a bad situation turn good; he wants Erin to help the guy named Grady.

Lonny’s parents are with the police, they gets a phone call from the kidnapper who tells them that they went to the cops. The father claims that he didn’t, he swears the cops are not involved and the flight is arranged. They can’t trace the call, they still don’t know where the girl is.

Frank is at the church, he sits with Gerry and tells him he has been dealing with loss for a long time, why is he now headed in a whisky pot. Frank explains that he just can’t let four DUI’s go without doing anything anymore. Gerry says that keeping faith is like sitting by the phone, it never rings.

Danny is getting ready to pick up the girl, he has two Croatian cops with him that are going to help.

Danny is at the park with the two Croatian guys and the kidnapper shows up with Lonny. The guy questions the two Croatians and when they can’t answer some of the questions correctly, he knows something is up and pulls his gun out. Shots are fired and Lonny does get away, the kidnapper runs and Danny goes after him. Danny catches up with guy who tells Danny he won’t shoot him in the back. The guy turns around to take off and doesn’t look both ways, a truck comes by and runs him over.

Jamie is at the family dinner, in the kitchen with Frank and Erin when she gets a call and finds out that the guy at the jewelry store hung himself in his cell that morning.

At the table they talk about faith, Jamie says it is confusing because even when you do the right thing sometimes, things don’t work out.

Later, Jamie is on the basketball court shooting hoops when Garrett shows up and tells him his father needs a favor. Jamie goes in the car with Garrett who drives him to a church and leaves him, tells him he will find who he needs to help.

Jamie meets the chaplin, tells him he doesn’t need anything and is ready to leave. The chaplin invites Jamie for a cup of coffee, he says ok and goes with him.