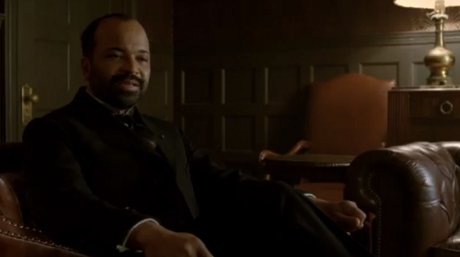 Boardwalk Empire season 4 will be returning to HBO this coming fall, but with the premiere of the new season will come a new adversary that just might put main character Nucky in some tough positions. Jeffrey Wright joins the cast and he will be playing the role of Dr. Narcisse, a doctor of divinity and the man who runs Harlem. In the first trailer for Boardwalk Empire season 4, Dr. Narcisse tells Nucky (Steve Buscemi) that “Only kings understand each another.”

I think it’s safe to say there’s going to be some power struggles occurring in this new season. We’ll be interested to see how they interact with each other. They both claim to understand the fact they’re both “kings” of sorts, but they also undoubtedly realize there’s only room for one big dog at a time. Que conflict.

According to Deadline: “In his biggest series commitment to date, Jeffrey Wright has joined the cast of HBO’s Boardwalk Empire as a new series regular for the period drama’s upcoming fourth season. He will play Valentin Narcisse, Doctor of Divinity, philanthropist, student of culture and the man who runs Harlem. Season 4 is currently in production and will debut later this year.”

Are you looking forward to the return of Boardwalk Empire? How did you think the last season shaped up? Do you think Nucky is ready for another major adversary to light up his life?

As is true with most of HBO’s trailers, this clip is quite short, but does a good job in conjuring the tension, conflict, and action that will ensue from these two character’s crossing each other’s paths. Watch the trailer below and, if you’re so inclined, let us know what you think.