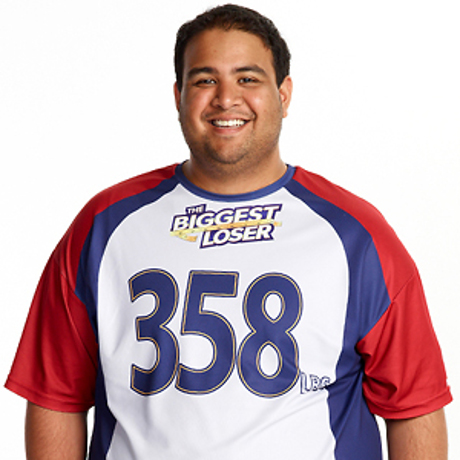 The cast of Season 15 of The Biggest Loser has been announced, and it’s certainly a diverse list. Meet Bobby Saleem, a lawyer from Chicago, Illinois. Bobby’s reasons for being on the show are simply – he wants to fit into his clothes without ripping them, a phenomenon he calls ‘hulking’. He explains, “But my biggest motivation was to confront the reasons why I gained the weight in the first place, as well as to get a second chance at life.”

According to his official bio, “Bobby attended Loyola University Chicago, receiving a degree in criminal justice and received his Juris Doctor at The John Marshall Law School. Now 28 years old and 358 pounds, Bobby looks forward to becoming a confident, healthy person after he loses the weight.”

He says that his weight is a result of little exercise and a horrible diet, explaining, “I would literally eat until I was full, and I had no sense of portion control.” He says that he had an ‘aha’ moment as a lawyer, when he realized that his pants had ripped before going to court one day, and he would be known as the ‘fat attorney’.

Understandably, that freaked out him out so much that it serves as a wake up call. At 28 years old, 358 pounds is obviously way off the normal BMI scale, but Bobby seems confident in his ability to lose weight.

What do you guys think about Bobby Saleem? Will you be rooting for him or do you have another favorite in the contestants? Let us know in the comments. For more Biggest Loser news, click here.