Brad Pitt Announces Retirement After “12 Years A Slave” Gets Rave Reviews at the Toronto Film Festival? 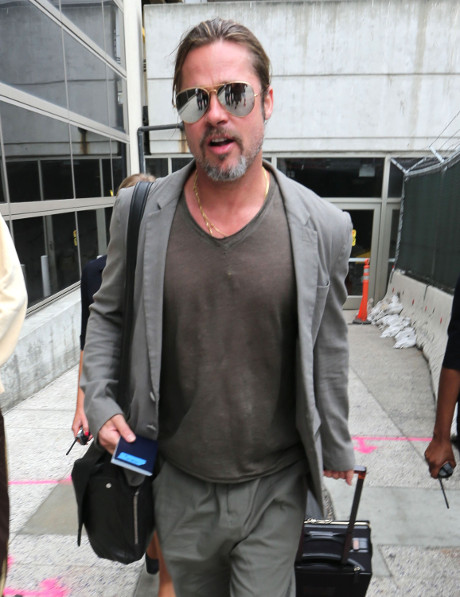 Brad Pitt is in the critically acclaimed new movie, Twelve Years a Slave, and the amount of buzz it’s receiving means that there might be some Oscars in these actors’ and actresses’ futures. The film premiered at the Toronto International Film Festival on Friday night and the reviews were all glowing. Brad Pitt went on credit thanking everyone who’s supported the film by saying, “I just have to say, if I never get to participate in a film again, this is it for me. It was a privilege.”

US Magazine reports: “Pitt wore his long hair pulled back in a pony tail for the event, and seemed in great spirits throughout the evening. When asked about the Oscar buzz on the red carpet he quipped, “They all deserve it, everyone of these performances is worthy.”

Following the premiere, the cast —  including Michael Fassbender and Paul Giamatti — hit the town for some much deserved celebrating. They first hit up “Hudson Kitchen followed by an impromptu late night party at The Thompson Hotel, where Bunglow 8 and Amy Sacco has created an after hours destination for the stars. There, inside a specially made VIP area, Brad, Michael Fassbender and Benedict Cumberbatch enjoyed the rooftop view and a few well-deserved cocktails.”

What do you think about this statement Brad made? While I don’t think he plans on hanging up his acting hat anytime soon, the statement has been put out into the universe.