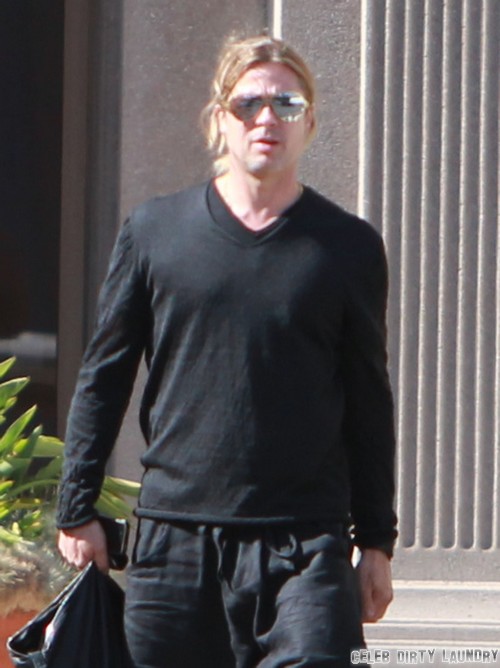 Just recently, Angelina Jolie penned an op-ed piece for the New York Times in which she spoke of undergoing a double mastectomy. Right afterward, Brad Pitt talked to Esquire magazine about how he wasted his life away doing drugs while he was still married to Jennifer Aniston.

Basically, we kind of figured that Brad was strung out on drugs like cocaine and marijuana during his marriage to Jen. She was also rumored to have a penchant for the speedy stuff, but that’s just speculation and rumor.

According to the latest cover of the National Enquirer, Brad is currently back on drugs since Angelina’s big reveal. Perhaps he just needs the marijuana to calm himself down from all of the anxiety that her surgeries has caused their family? It would seem legit, no matter how much a prescription med would do the same thing — albeit legally.

Poor Angie must have given her family a big scare when it was first revealed that she had the faulty BRCA gene. It was the same thing that killed her mother Marcheline Bertrand. Cancer also just recently claimed the life of her aunt, Debbie Martin. It was a brave decision, indeed, even if it might’ve driven her fiancee back into doing drugs.