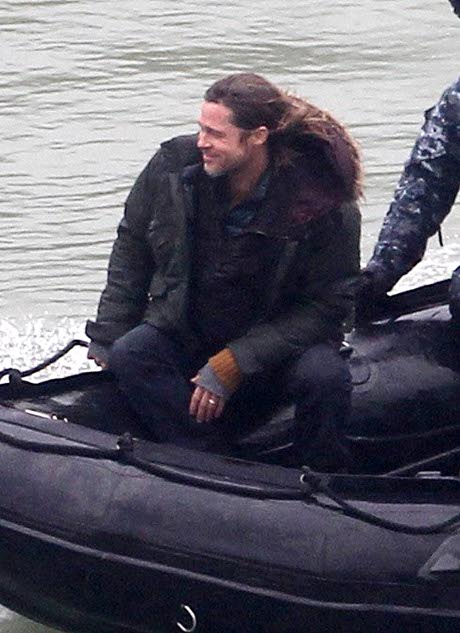 Brad Pitt has just joined one of the most popular social networking sites in China, and I’m sure he’s already causing quite a stir with his very brief, very coy statement suggesting his return to the country. On his account, which has already been verified and accumulated nearly 100,000 followers, the superstar actor wrote, “It is the truth. Yup, I’m coming.” Nobody is sure why he might be traveling to China, but it has made the news because Brad Pitt, to be as delicate as possible, causes a bit of controversy in China, especially among the government.

After the release of his movie Seven Years in Tibet, Brad was allegedly “banned” from entering China — due to the topics, themes, and issues (controversial in Chinese landscapes) raised in the pro-Tibet film.

As someone who’s lived in China for several months, I can comment firsthand on the power this particular platform of social media can have. It is their version of Twitter and Facebook, both of which aren’t widely used simply because they are impossible (or near impossible) to access without breaking some form of law or restriction.

Nobody is sure when exactly — or why exactly — Brad Pitt will be returning to China, but chances are his homecoming will not be well received by officials . . . if they even let him into the country that is. Several sites around the web have reached out to Brad’s representatives, but nobody has really gotten a definitive answer regarding the reason for his return.

Perhaps it’s a new film he’s working on. Perhaps he’s simply returning to check out the country. Or maybe he’s headed over there to work on/promote social justice issues. We know Brad Pitt and Angelina Jolie are all about social justice, and perhaps that’s one of the reasons why he’s established himself on Sina Weibo, which is very popular among the younger populations of China. Might he be trying to establish a platform to help generate awareness for a particular cause? Brad Pitt, Sina Weibo, mysterious statements? Yikes! What does it all mean?

Well, it’s time to speculate, folks! Why on earth is Brad Pitt headed back to China? Sound off in the comments below.