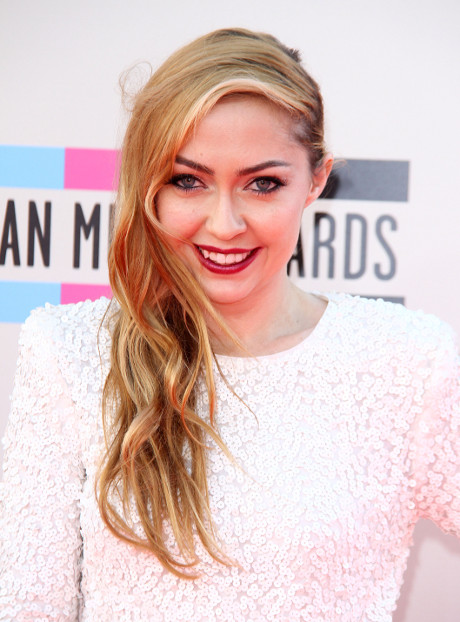 We’re all quite aware of Miley Cyrus‘ presence on this earth, but not all are familiar with her older sister, Brandi Cyrus. Brandi is a 26-year-old musician and fashionista who has everyone talking after she showed up at the AMAs last night. Even though the two are clearly related (I mean, just check out that face, which is basically Miley’s face), Brandi and Miley are technically half sisters, sharing the same mother. Brandi and her brother Trace were adopted by Billy Ray Cyrus later after he and Trish got together.

Here are a few facts about Brandi: 1) She’s an aspiring model; 2) she’s part of the duo Frank + Derol, signed to Interscope records; 3) she considers herself a blogger, musician, songwriter, designer, and even a competitive horse rider; 4) she had a few guest appearances on Hannah Montana; and 5) she was supposedly all set to be Miley’s maid of honor in her wedding to Liam Hemsworth before, well, things went downhill.

What do you think about Brandi? Doesn’t she seem like a cool person? We hope she finds success with ALL THE THINGS she’s trying to do. And maybe Miley can figure out how to incorporate her into more of her projects.