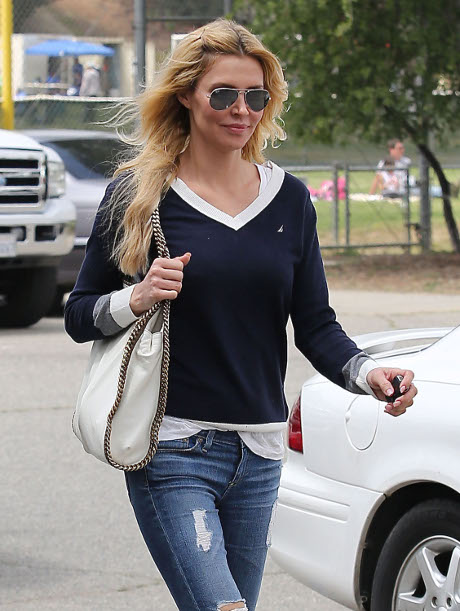 Eddie Cibrian‘s ex-wife Brandi Glanville and his current wife LeAnn Rimes are at each other’s throats again. But, honestly, what’s new? Brandi Glanville was left boiling with frustration and anger after LeAnn Rimes decided to play “Mommy Dearest” with Brandi’s sons Mason and Jake. These children are adorable, and it’s a shame they’ve been thrown into the crossfire.

Eddie should be chastised for putting Mason and Jake in the middle of a “Feud Triangle” involving these two manipulative control freaks. LeAnn’s fake tears are just an example of her opposite feelings, welfare, and regard for these children. LeAnn has been seen crying in public because she knows Eddie Cibrian (even though married to her) is a loose cannon. Eddie is like a bird flapping its wings, waiting for the moment he can have a party of victory.

LeAnn thinks Eddie’s intent is to be at her every “beck and call.” Your honeymoon is over, LeAnn. Let the guy breathe and make another mistake with an extramarital affair.

Brandi Glanville, maybe your sons are singing a line or two from LeAnn’s new album. Who cares? Both Brandi and LeAnn need to undo the Puppet string Eddie have you two on and present yourselves like women and not adversaries. When Brandi tweets to Eddie of course, LeAnn does the reply tweet. Meanwhile, Eddie sits in the corner with his mouth open grinning, “get her LeAnn and tell her to bug off.”

Brandi Glanville does not have a lot of time to entertain LeAnn Rimes idiocy. Brandi needs to take care of her adorable children and find her a good man. Eddie Cibrian is gone and probably looking for another affair. What do you think? Leave your comments below and tweet it out.