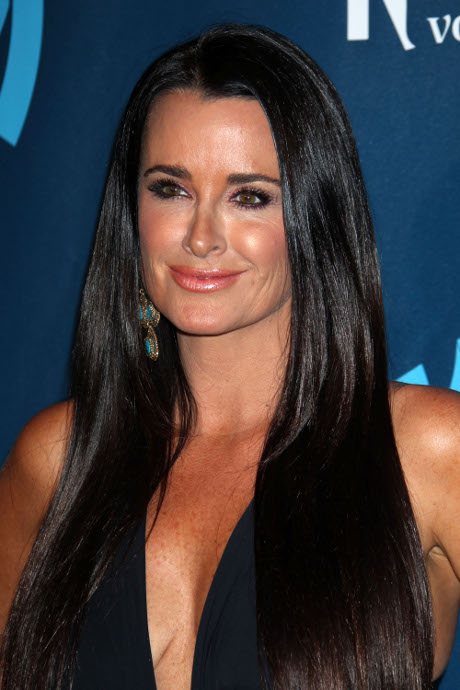 Brandi Glanville, Lisa Vanderpump, and Kyle Richards definitely know how to do drama on The Real Housewives of Beverly Hills, but when Kyle Richards was told that Mauricio Umansky has been cheating on her the drama levels reached an unbearable level. After Brandi and Lisa confronted Kyle, she had a meltdown of apocalyptic proportions! All of this went down during an episode filming for season 4. Needless to say, things got heated. But just how heated?

The scandalosity of the situation escalated too such an epic and out-of-hand proportion that Kyle threatened to leave the show. Not only did she threaten to leave the show, but she had the showrunners on the phone and ready to throw in the towel for goodsies.

While Mauricio has denied previous allegations of his extracurricular activities with other woman, Radar Online learned that Lisa and Brandi took it upon themselves to enlighten Kyle about Mauricio’s unsavory habits. “They absolutely blindsided her, and were relentless,” a source tells the online publication. “Brandi maintained she had solid information to prove that Mauricio has been cheating on Kyle. Kyle became extremely upset, and refused to listen to the girls. She felt especially betrayed by Lisa because they had once been so close.”

Apparently she got so upset after the surprise confrontation that she “called producers of the show, and told them she wanted out.” Don’t worry though, folks. Kyle isn’t going anywhere. It’ll take more than some gossip to get her out of the ring. And chances are she’s going to come back with fierceness in her veins and a hunger for vengeance. What’s next for the wives?

Kyle has made it known that she’d very much like to have another baby. Though 44 years old and already a mother of four, she says she’d like another child, despite her age. People are doing it all the time, she says. Hey, look at Halle Berry!

Wow, so we go to rumors of adultery to desires to have another baby with the man who’s allegedly cheating on you? Yikes. Drama. Just. Beginning.