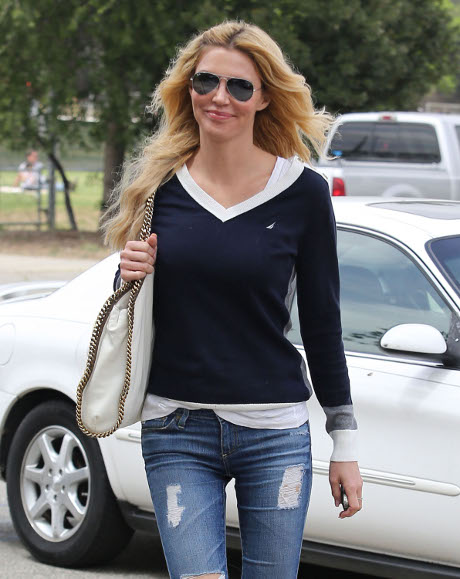 Everyone who’s close to the celeb world knows one thing for certain: Brandi Glanville and LeAnn Rimes absolutely-definitely hate each other. They’re constantly bickering in the public’s eye and aren’t afraid to bring out the cat claws — even when their family might be caught in the dangerous cross fire. So who dealt the most recent attack, another low blow? And the award goes to . . . . Brandi Glanville for totally slamming LeAnn Rimes’ Spitfire, her new album, which is due out in stores beginning June 4th.

It seems Brandi’s usually the one to make the first move, but when you analyze the situations a bit closer, you notice LeAnn is subtle like a ninja and definitely eggs Brandi on. She starts a lot of this drama. LeAnn’s newest album contains lyrics that clearly and not-so-subtly allude to the party foul she experienced after cheating on Eddie Cibrian.

Brandi exclusively tells In Touch: “She’s not going to win any fans by writing a song about breaking up a family. It’s old news — no one wants to hear you cry over getting everything you wanted,” she says regarding the lyrics from a song called “Borrowed,” which reads, “I know you’re not mine, only borrowed / ’Cause you already belong to her, at least, you said so / But I’m starting to believe it ain’t the whole truth.”

“LeAnn has a great voice, but she needs to work on her songwriting. I’m surprised it’s so bad [. . . .] If LeAnn wants her career back, she needs better lyrics. These are the worst songs I’ve ever heard. No one wants to listen to this!”

What do you think about this latest Brandi Glanville/LeAnn Rimes fight? The drama is endless with these two, and I suspect the tension and bitterness between the pair will be the one and only thing that survives the apocalypse.