Brant Daugherty & Peta Murgatroyd of Dancing with the Stars Season 17 Swept up in a Hot Ballroom Romance? 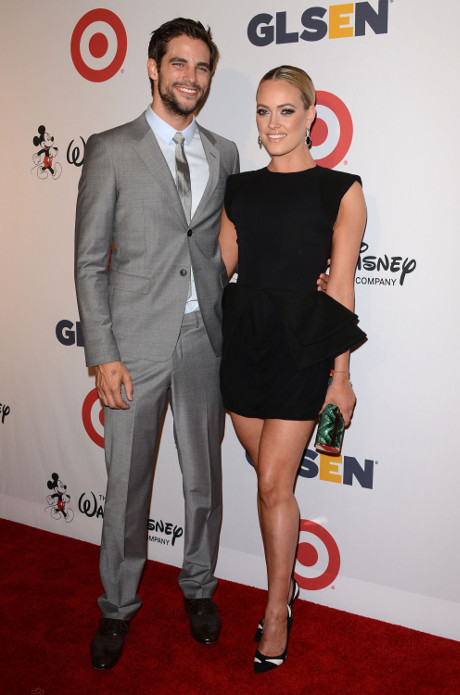 Are Brant Daugherty and Peta Murgatroyd hooking up in a hot sexy ballroom love affair? According to some sources, the answer is one big heck yes, but others are a little hesitant to jump to such conclusions. But will we jump to conclusions? Of course! Because we think there is definitely a bit of romance simmering between them. We’re not going to say they’re going to get married or anything, but their chemistry pulses through that ballroom and one would have to lack both heart and eyes not to notice it.

The newest edition of Star claims that the couple, who’s been doing quite well on Dancing with the Stars season 17, has “taken their chemistry off  the dance floor and are officially an item.”

However, the magazine claims to have spoken to a source close to Peta who said that Peta shouldn’t get involved with Brant, as he’s a known ladies man and won’t be good for her in the long run.

Whether the couple is dating, hooking up, or just giving each other little love kissies on the side (they were spotted doing just that this September), we think they’d make a great couple.  What do you think about these two?