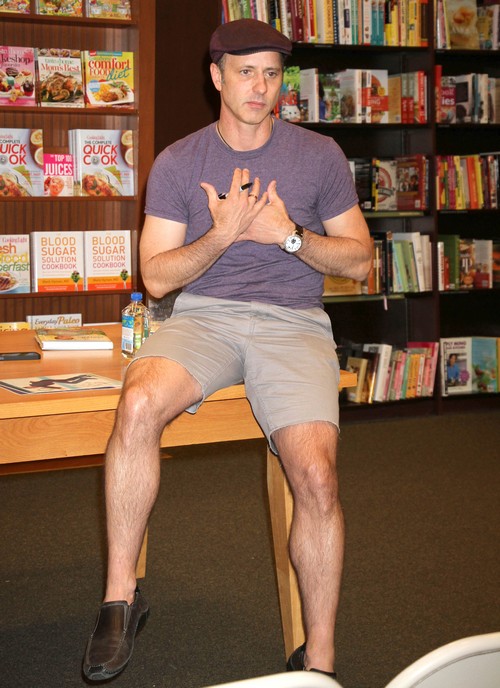 Brian Boitano has revealed that he’s gay, which makes him the third gay member of the U.S. delegation that will travel to Russia for the Sochi Winter Olympics in February.

Brian revealed in a statement to USA Today, “I am many things: a son, a brother, and uncle, a friend, an athlete, a cook, an author, and being gay is just one part of who I am. First and foremost I am an American athlete and I am proud to live in a country that encourages diversity, openness and tolerance. As an athlete, I hope we can remain focused on the Olympic spirit which celebrates achievement in sport by peoples of all nations.”

Yes, I hope we can remain focused on that too, Brian. Unfortunately, I don’t think the Russian government agrees with you.

But one thing’s for sure, Americans aren’t going to take this ridiculous Russian ban on homosexuality  lightly. President Obama‘s clearly sending a message to the Russians and Putin as he’s already assigned two other openly homosexual athletes, in addition to Brian, to the U.S. Olympic delegation. Of course, Putin’s already released statements in the past reassuring athletes from all around the world that they’ll be safe traveling for the Olympics, which really isn’t very reassuring. What if they wanted to go out for the night, or head to another city for some light sight-seeing? As celebrities, they’ll be even bigger targets than they would be otherwise, which makes it even more unsafe for them to be in the country away from their bodyguards and security.

What do you guys think about Brian’s revelation? Let us know your thoughts in the comments.