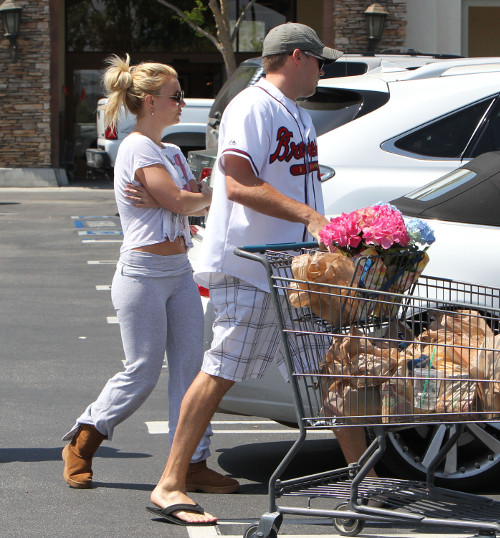 Britney Spears hasn’t been making headlines lately, but according to recent news, she thought she was pregnant again! Now, while news of this nature isn’t bad, she reportedly had her managing team uber freaked out, as a pregnancy would definitely jeopardize her Las Vegas gig — which is worth like a bajillion dollars.

The story was reported in Life and Style Magazine. While some people believe the unnamed source for the magazine, there are many out there who think the whole thing is quite ridiculous.

The insider for the tabloid, who was allegedly within ear shot of the conversation, claims that “Britney told them that she recently thought she was pregnant.” The source comments, “If she were, that would’ve been the end of her lucrative Vegas show deal!”

But Brit Brit didn’t have them holding their breaths for long. She “quickly put the group of our their misery by revealing it was just a scare. There was a collective sigh of relief!”

Honestly, I’m not sure what to make of this story, but the truth of the matter is is that if she were pregnant her Vegas deal would definitely be on the rocks. Britney Spears is currently dating David Lucado. While the source didn’t say who she thought the dad was, I’m assuming he would’ve been the lucky father. Let us know what you think about Britney’s pregnancy “scare.” Real or fake?