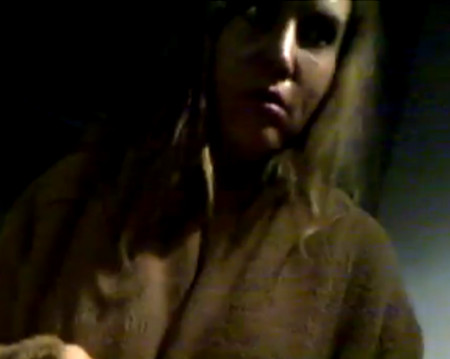 It’s no secret that Brooke Mueller, Charlie Sheen‘s ex, lost her children because of her drug use. Well, if people didn’t believe it before, now they can see her unhealthy behavior firsthand! In a crazy video obtained by Radar Online, Brooke is seen not only smoking crack cocaine from a glass pipe but also scoring a $1500 crystal meth deal!

Her drug use is the reported reason why she lost her twins back in May — and it seems as if the judge made the correct decision, as the behavior captured on film is definitely not one children should be subjected to. Allegedly, this video was filmed prior to her losing her children.

The individual who provided the video informed the news source that this reveal is one last desperate attempt to save Brooke and encourage her to finish out her latest stint in rehab. Interesting, seems like this alleged friend is using the shock and scare tactic. Do you think seeing this video circulating around the web will have Mueller thinking twice about getting back on the drug train?

The source reveals: “Brooke loved getting high. This was just another crazy night of her getting high.  When she did drugs, it was three to four times a week. I know that she is aware that if she doesn’t stop doing drugs, she is going to lose her kids (for good)… hopefully she can stop.”