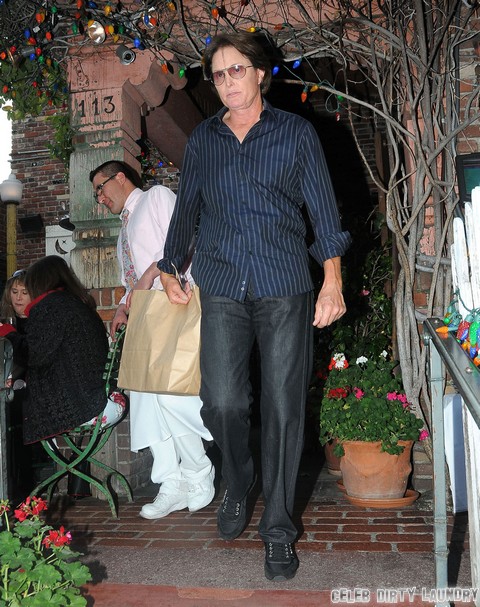 They say holidays can be some of the most stressful times for families and it seems that Easter Sunday turned into a bit of a nightmare for the Kardashian clan. After attending church together as a big family and then digging into huge, decadent Easter baskets, Bruce Jenner decided to have a family meeting with Kim, Kourtney, Khloe and Rob Kardashian, as well as his daughters with wife, Kris Jenner – Kylie and Kendall Jenner. He wanted all the kids to hear from him that he intends to go ahead with a plan to divorce Kris and he wanted them to hear the reasons from him first, rather than the press.

According to the April 22nd print edition of Star Magazine, three out of four of the Kardashian siblings were on Bruce’s side. They believe that Kris has treated him horribly and cares more about money and her own self-absorption than she does about anyone in her large family. Kourtney and Khloe have already been moving away from their momager, choosing to make the decisions that are best for themselves rather than just the family business.

Shortly after the meeting Rob decided to be loyal to his mother and clue her in to Bruce’s plan. Needless to say she lost her mind and after several martini’s she confronted her long suffering husband, threatening to divulge his dirty secrets if he goes ahead with the divorce. It’s pretty hilarious that this piece of work thinks that Bruce leaving her will make her look bad. Apparently she doesn’t google herself after all because if she did then Kris would already know that in the court of public opinion she is already a pretty worthless human being!

Will Bruce go through with his divorce plan? Hasn’t he suffered long enough? Tell us your thoughts in the comments below!