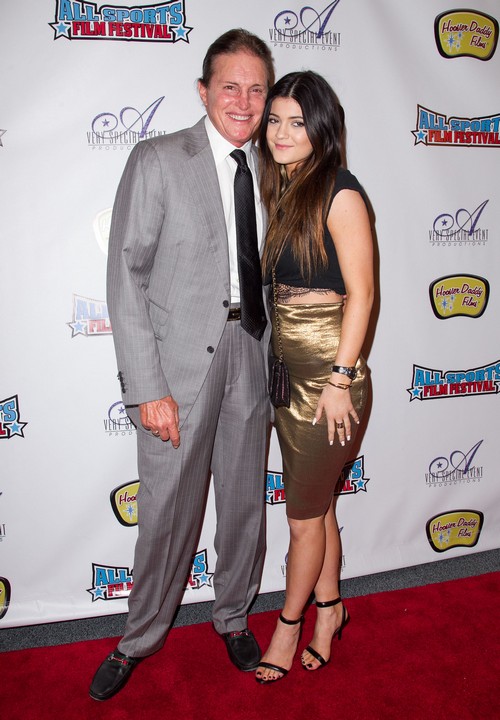 I wonder if Kris Jenner believed that she could do exactly as she pleased without her now estranged husband, Bruce Jenner deciding to grow a set. For years she ran the family and he had little say in anything, partly by choice. It wasn’t until Bruce started spending time with his grown sons that he realized that putting up with Kris was actually a choice rather than a necessity. Since the two confirmed their split his number one focus has been on their two teen daughters, Kendall and Kylie Jenner.

According to the Dec. 16th print edition of In Touch magazine Bruce is furious to see his girls being guided towards careers that are rooted in Hollywood. He and Kris have butted heads over what is best for the girls and Bruce really wanted them to go to college and have a life out of the spotlight. As Kris continues to pimp out the girls Bruce is contemplating taking drastic measures to stop her. He has 20-years worth of Kris’ darkest secrets piled up and he knows that he can completely demolish the family if he chooses to. Talking to the press and ruining Kris’ reputation and credibility would make it nearly impossible for her to successfully manage Kendall and Kylie. It’s a calculated risk that Bruce might just take.

Do you think it’ll be Bruce that ultimately brings down the whole Kardashian money making machine? Would you want to read a book filled with all of his inside info on the phoniest family on reality television? Tell us your thoughts in the comments below!