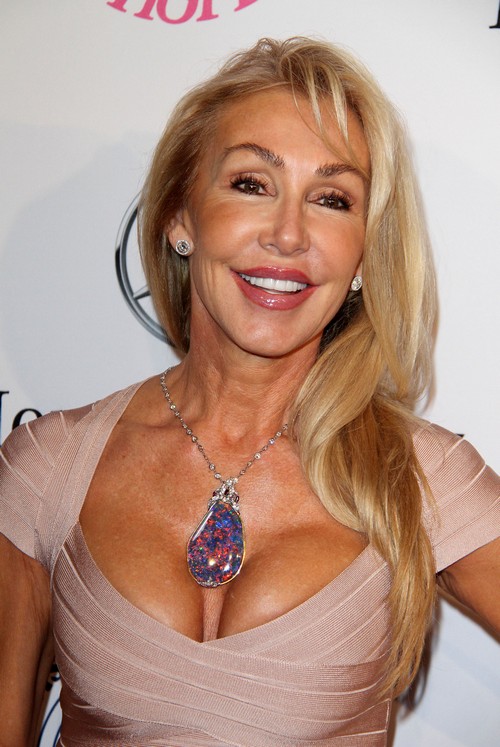 Apparently Bruce Jenner isn’t doing as he was told and it’s really rattling Kris Jenner’s cage. After the longtime couple announced that they had separated like a year ago  fans realized that they’ve watched month’s of fake reality unfold each week on Keeping Up With the Kardashians. Bruce was supposed to continue to play the game. You know, appear to still be happy with Kris and the girls, basically going through the motions for the sake of the brand. Instead Bruce appears to have decided to take his toys and go home, alone.

He, like most of us, seems to have had enough of the Kardashian brand and has instead decided to focus his attention on his other family – Brandon and Brody Jenner and their mother, Linda Thompson. I guess part of making amends for Bruce has included repairing his friendship with Linda, a woman that Kris absolutely hates. Not only is she still stunning, but Linda has something going for her that Kris totally lacks – she is a genuinely kind person just like Bruce.

Finding out that Bruce is spending time with his ex-wife was probably the absolute worst news that Kris could have received because she knows that she can’t compete with her. It also indicates that Bruce really is over his marriage to Kris and the rumors that the two will divorce once the show ends are probably right on target. Kris is insisting that the drag out the legalities because it will make fans tune in to see whether or not a reconciliation is possible. The real question is whether or not they’ll have any fans left that care!

Do you think that Bruce really has missed Linda or is reconnecting simply a way to tweak Kris out- or both? Tell us your thoughts in the comments below!