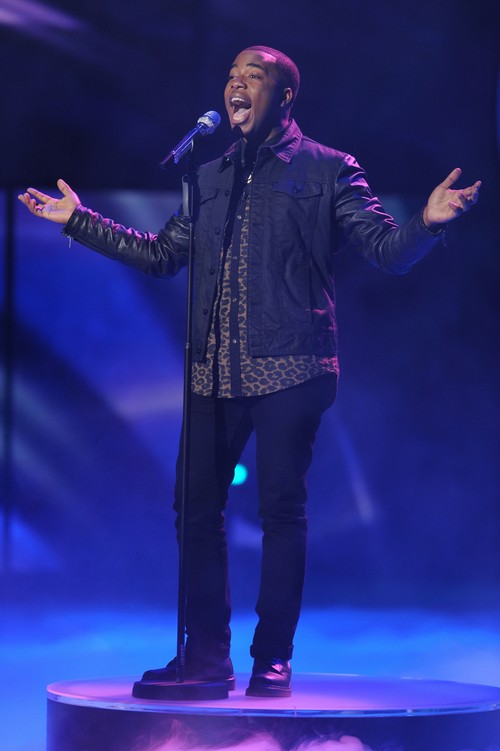 Nineteen-year-old Burnell Taylor is  from New Orleans.  Sadly, his Idol dream has come to an end and he was sent home on American Idol tonight.   Did you watch tonight’s show?  We did and we recapped it here for you.

Taylor auditioned in Baton Rouge, singing “I’m Here”.   During his audition he made Mariah Carey cry.  He performed the same song in the semi-finals; on March 7, 2013, Taylor was voted into the Top 10.

The judges had this to say about Burnell’s rendition of Bon Jovi’s mega-hit “You Give Love A Bad Name”  performance last night:  Keith – “Rock N Roll isn’t his thing. He looked uncomfortable in the song.”  Nicki – “He was still lovable to her.”  Randy – “Ride the beat harder. It’s a good learning thing for him.”  Mariah – “She’s proud of him. He just learned the song and had fun with it.”

Sound off your comments below and tells us what you think about Burnell’s Idol experience.  Do you think you Burnell should have been sent home?